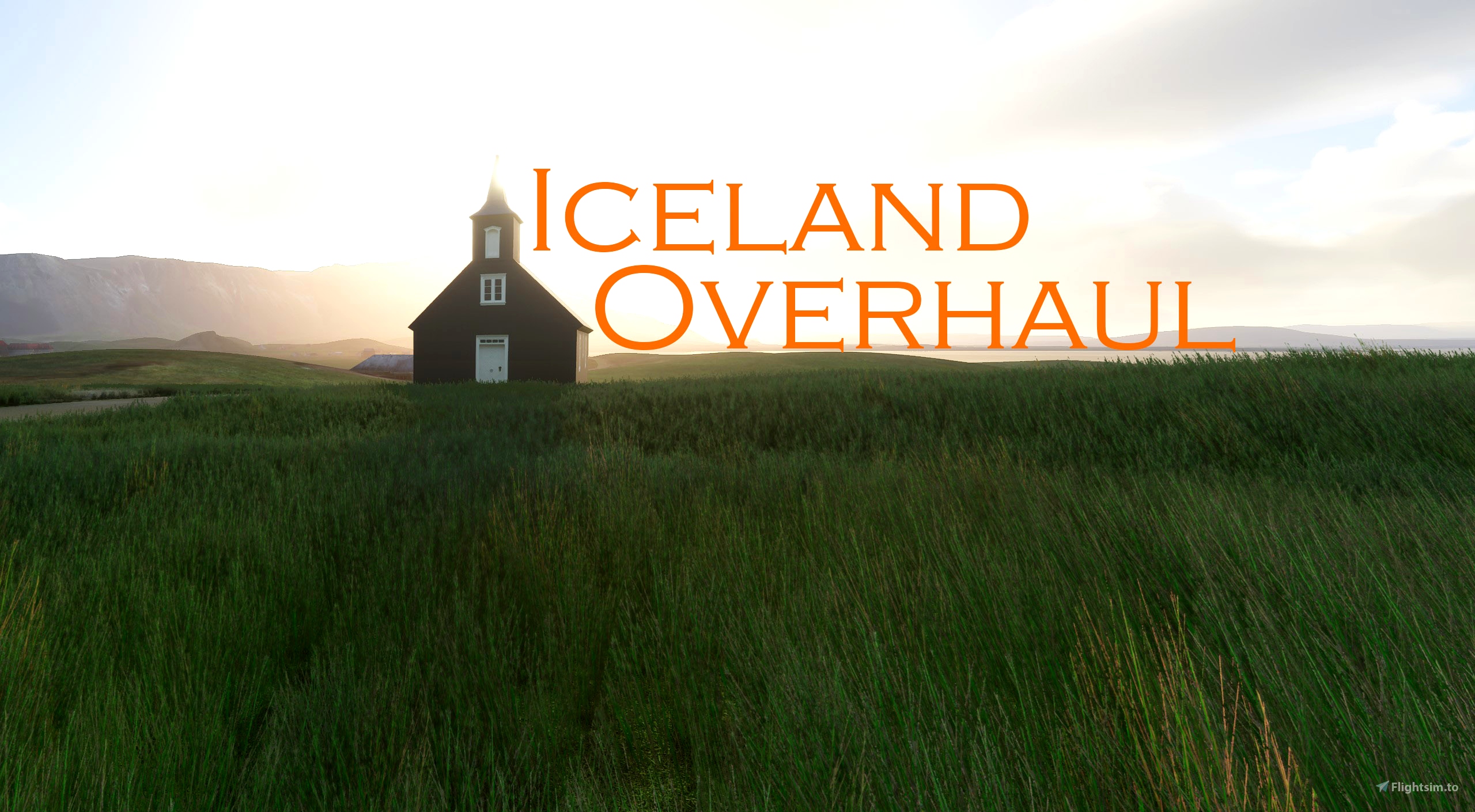 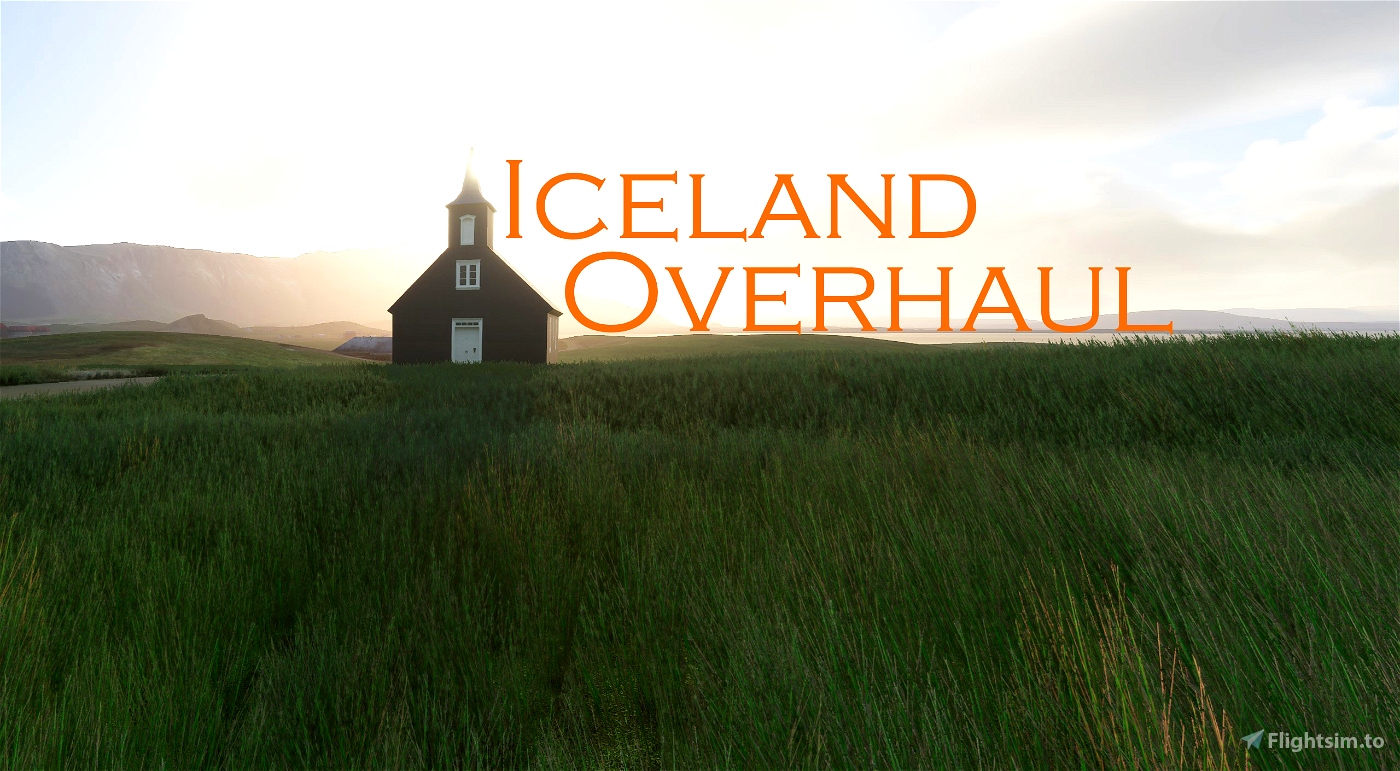 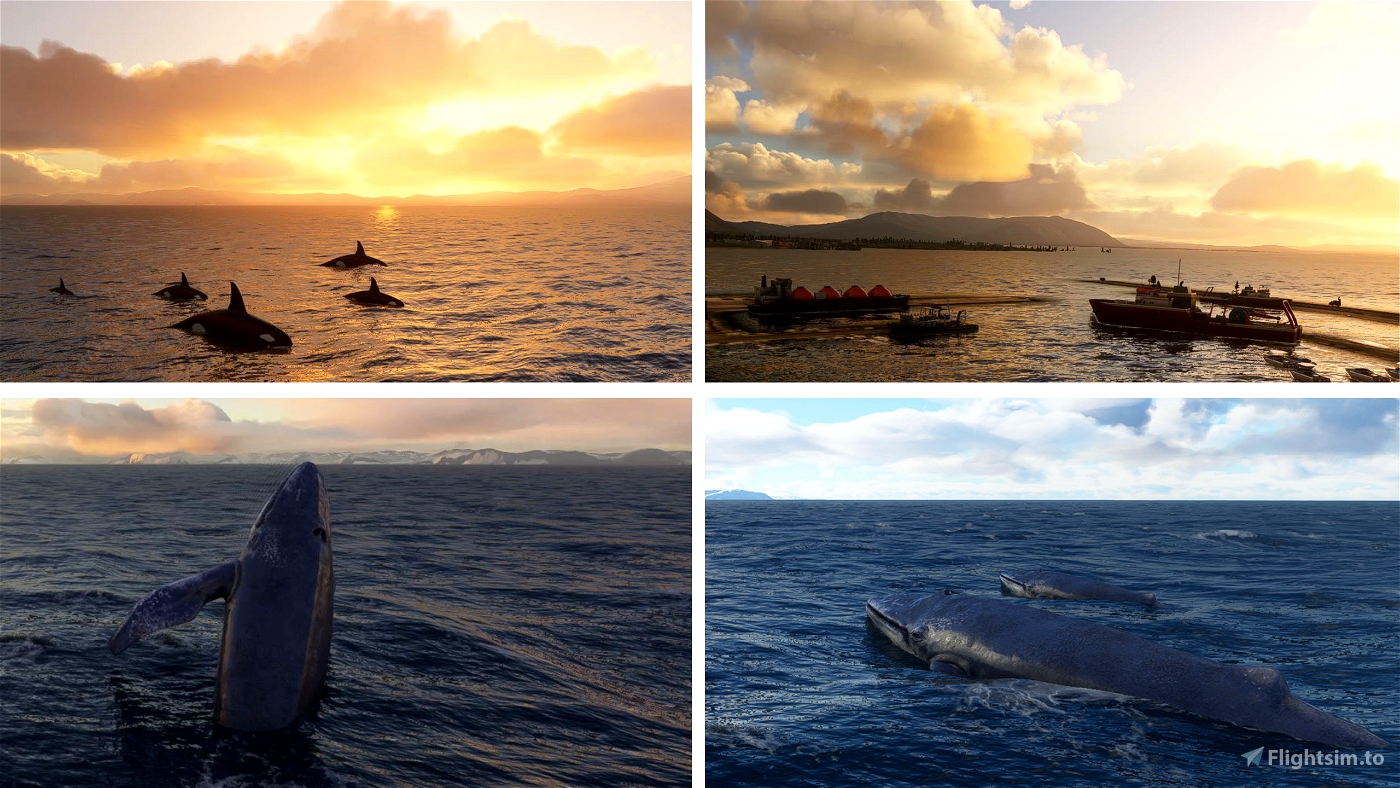 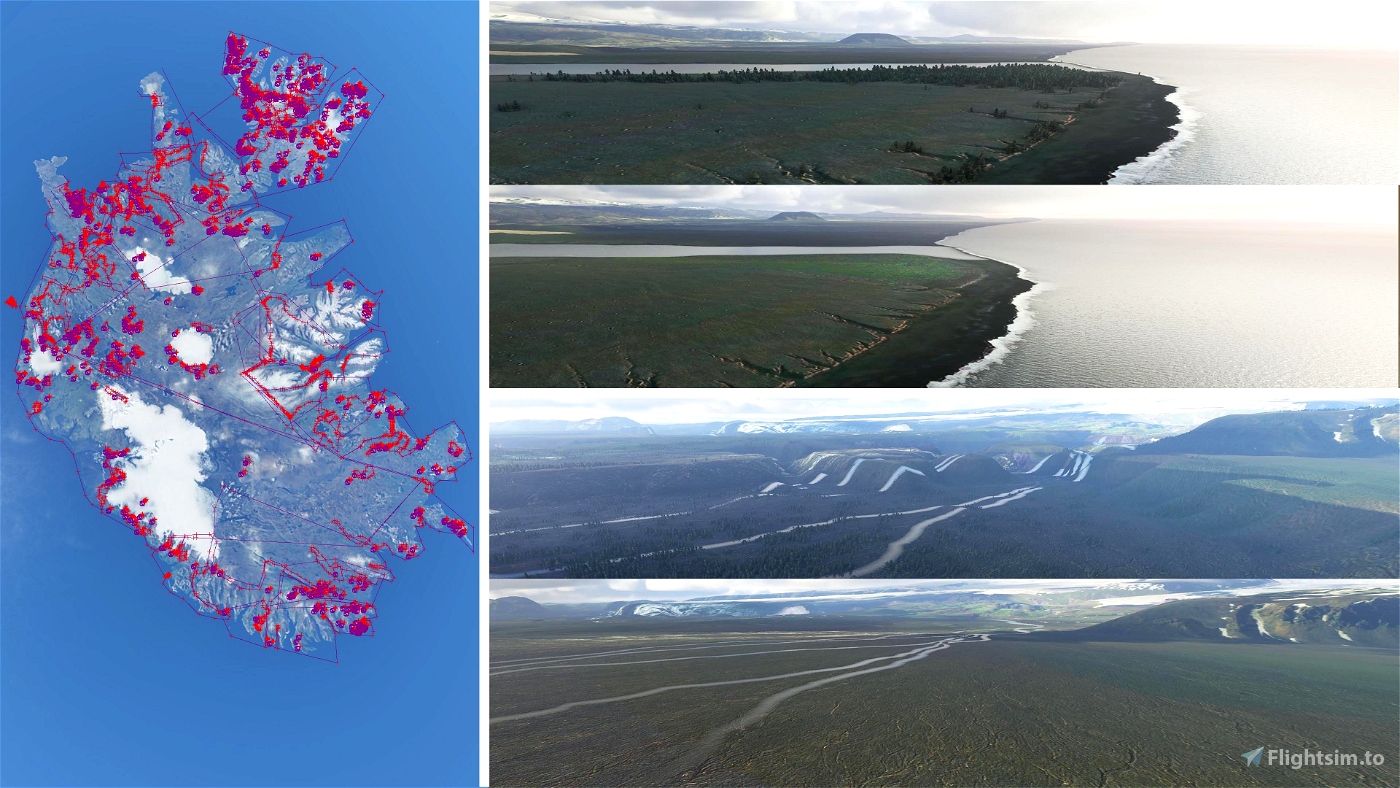 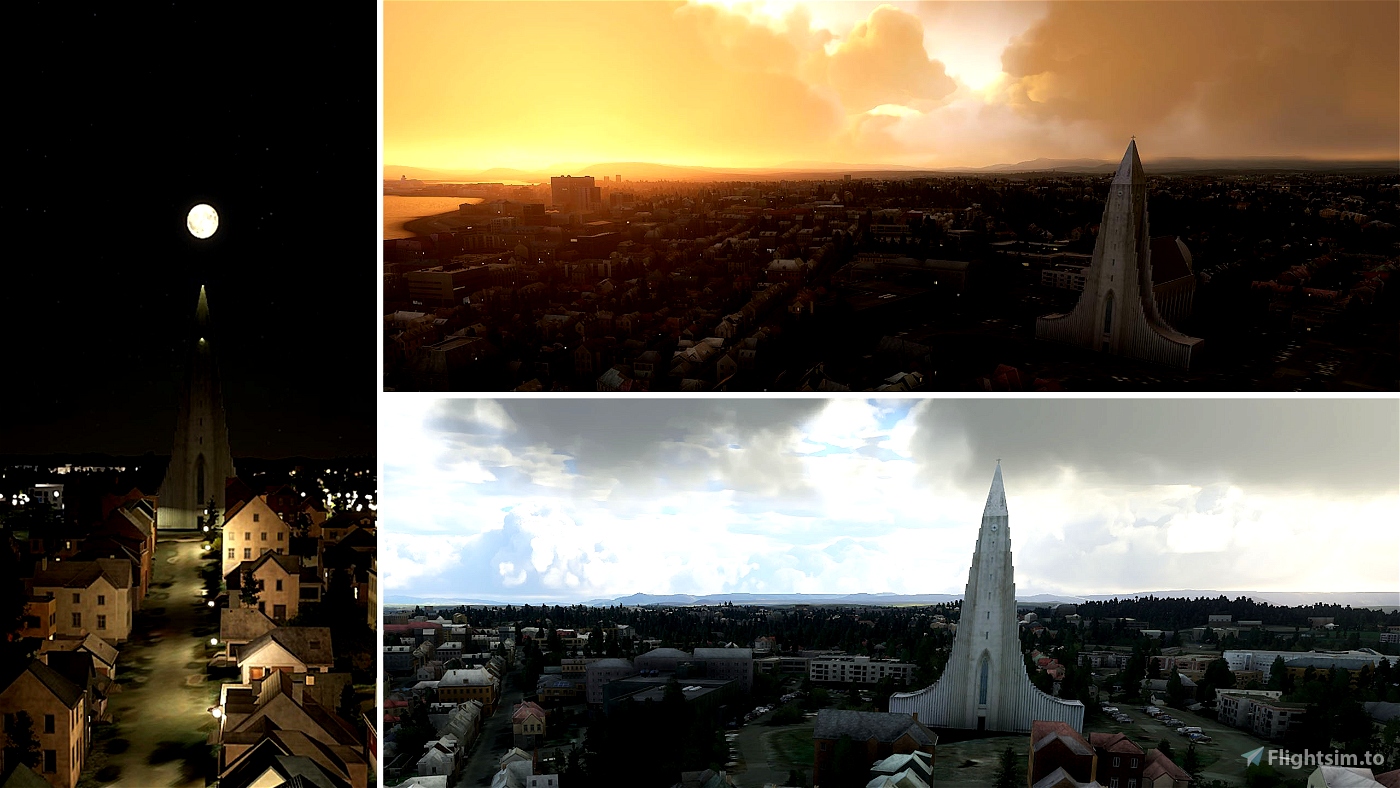 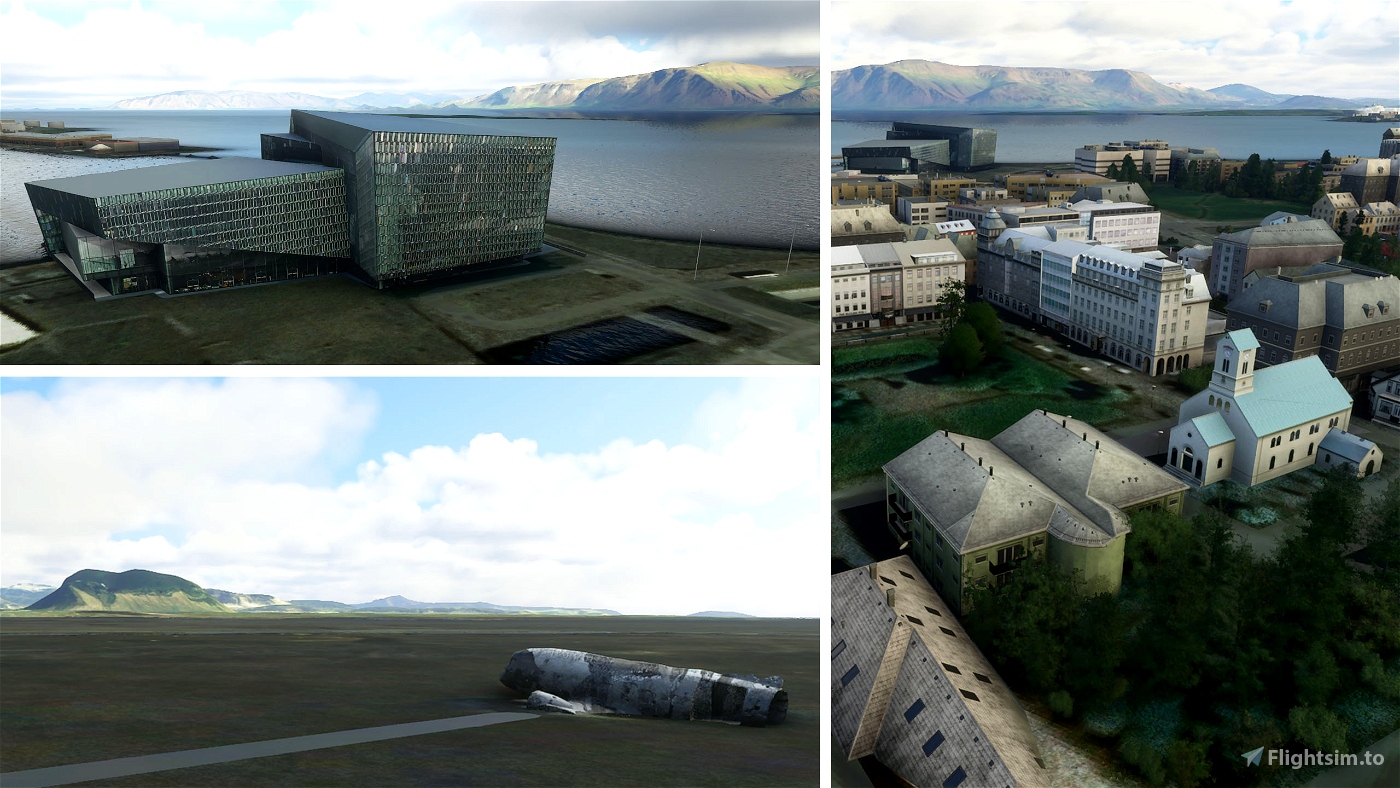 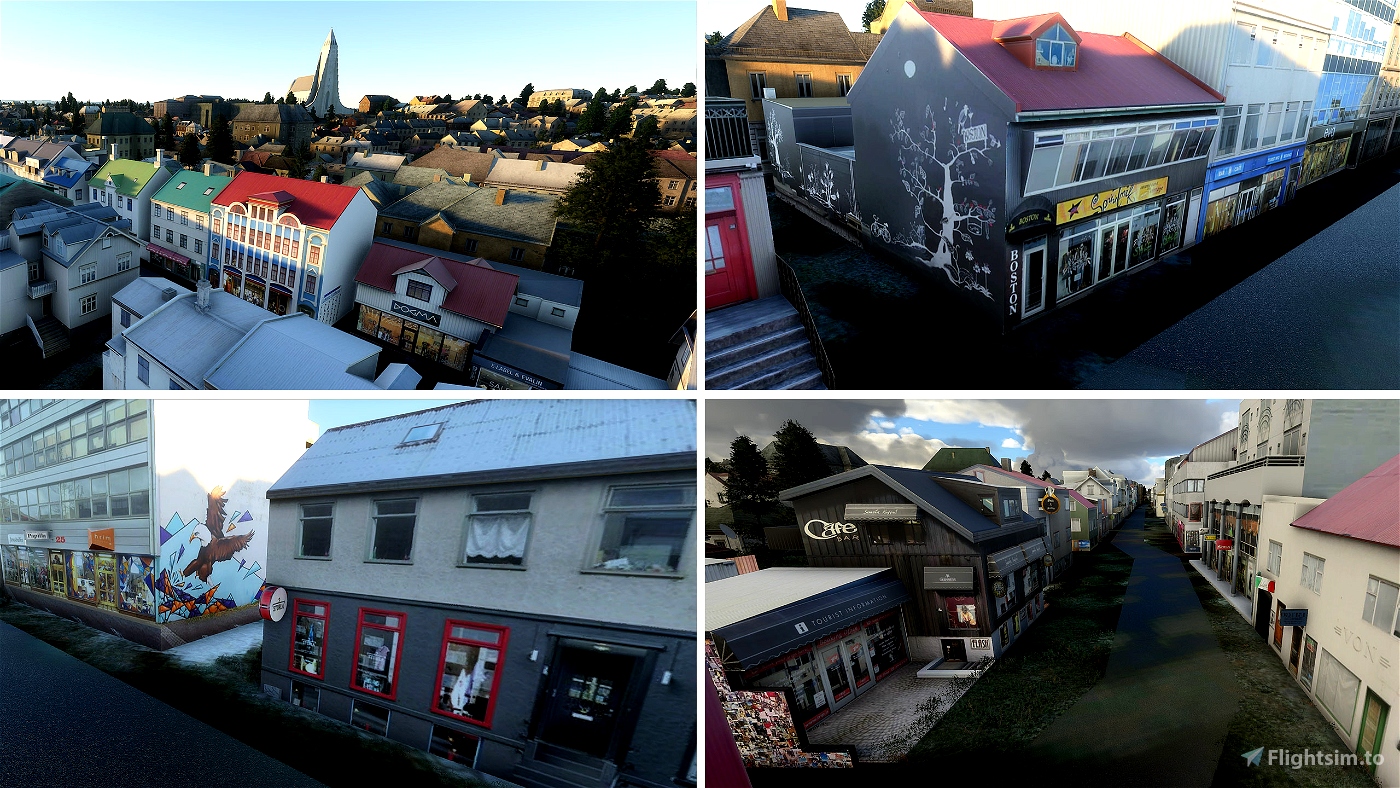 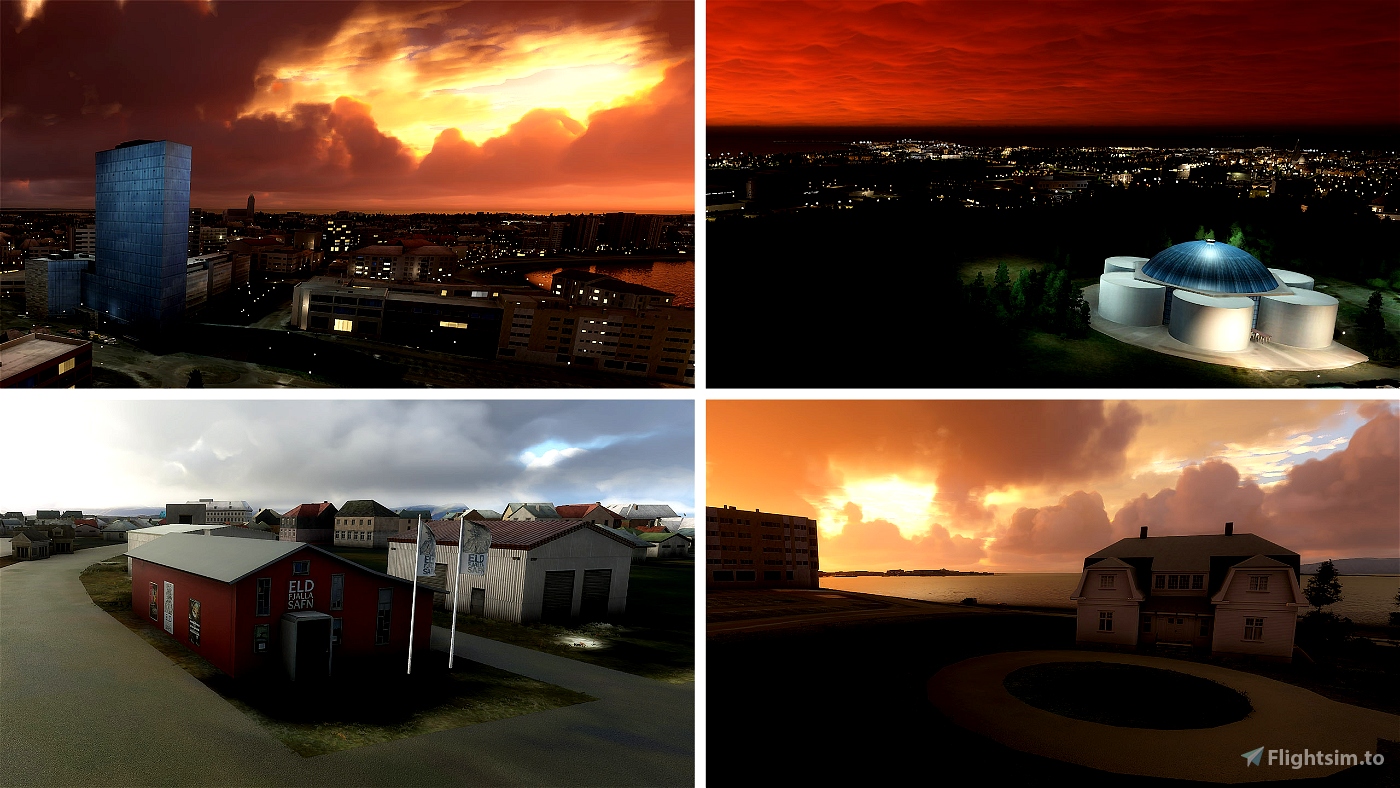 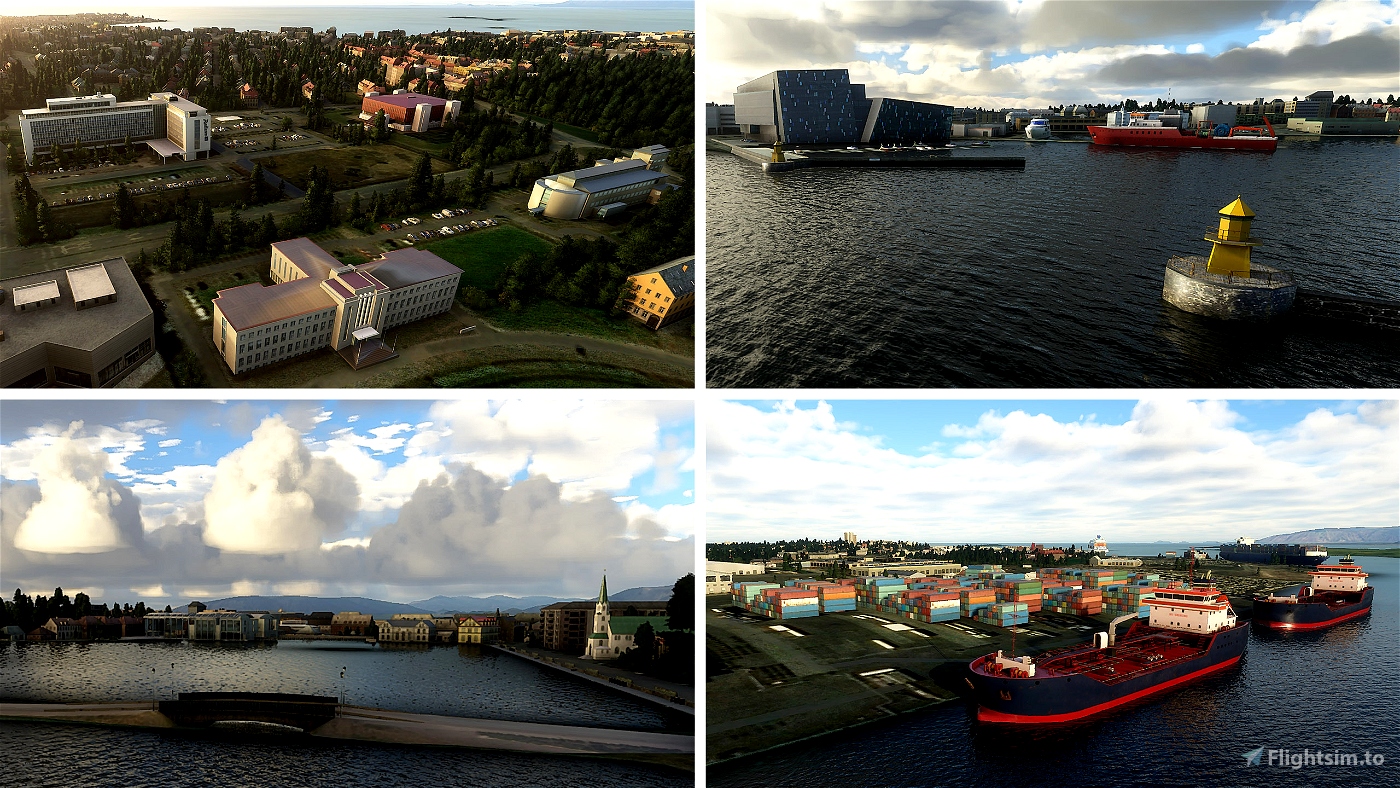 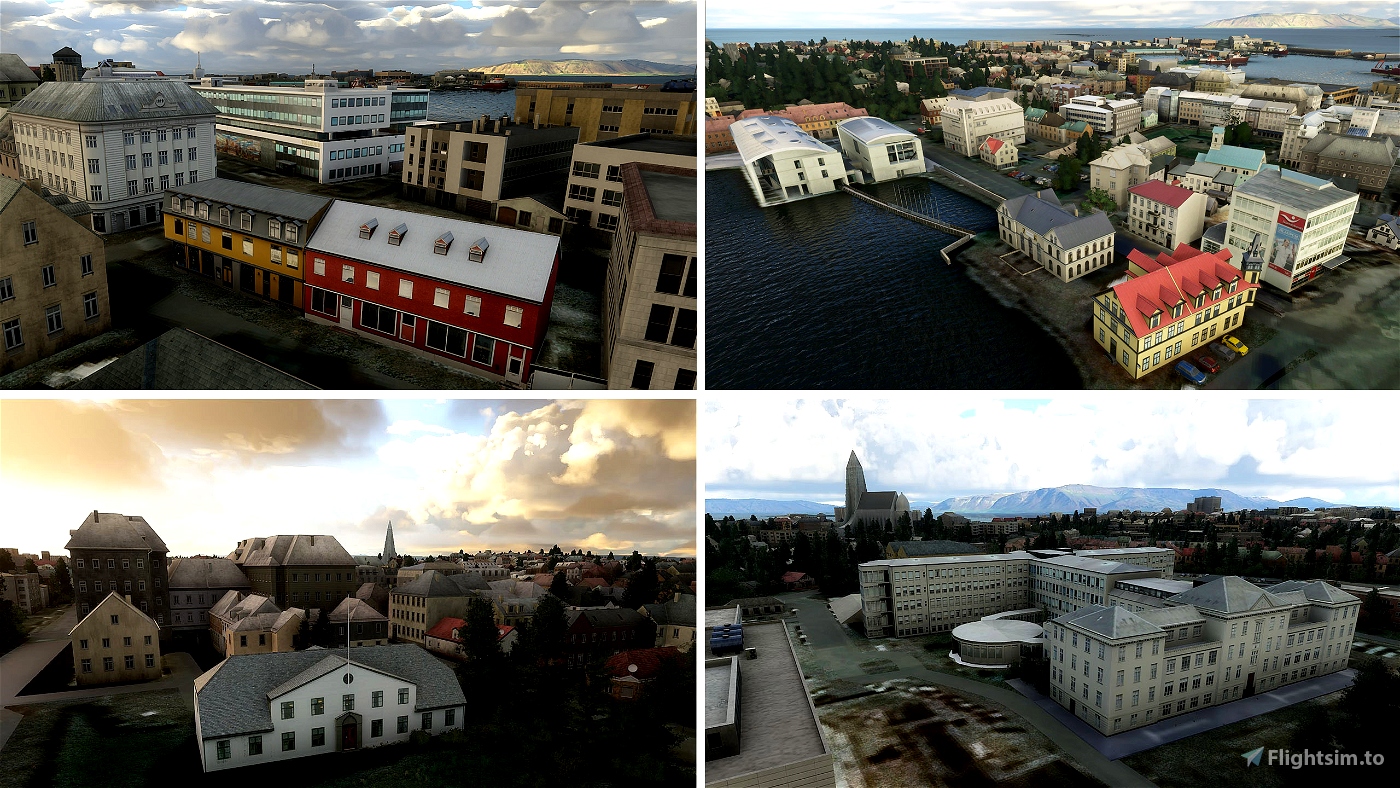 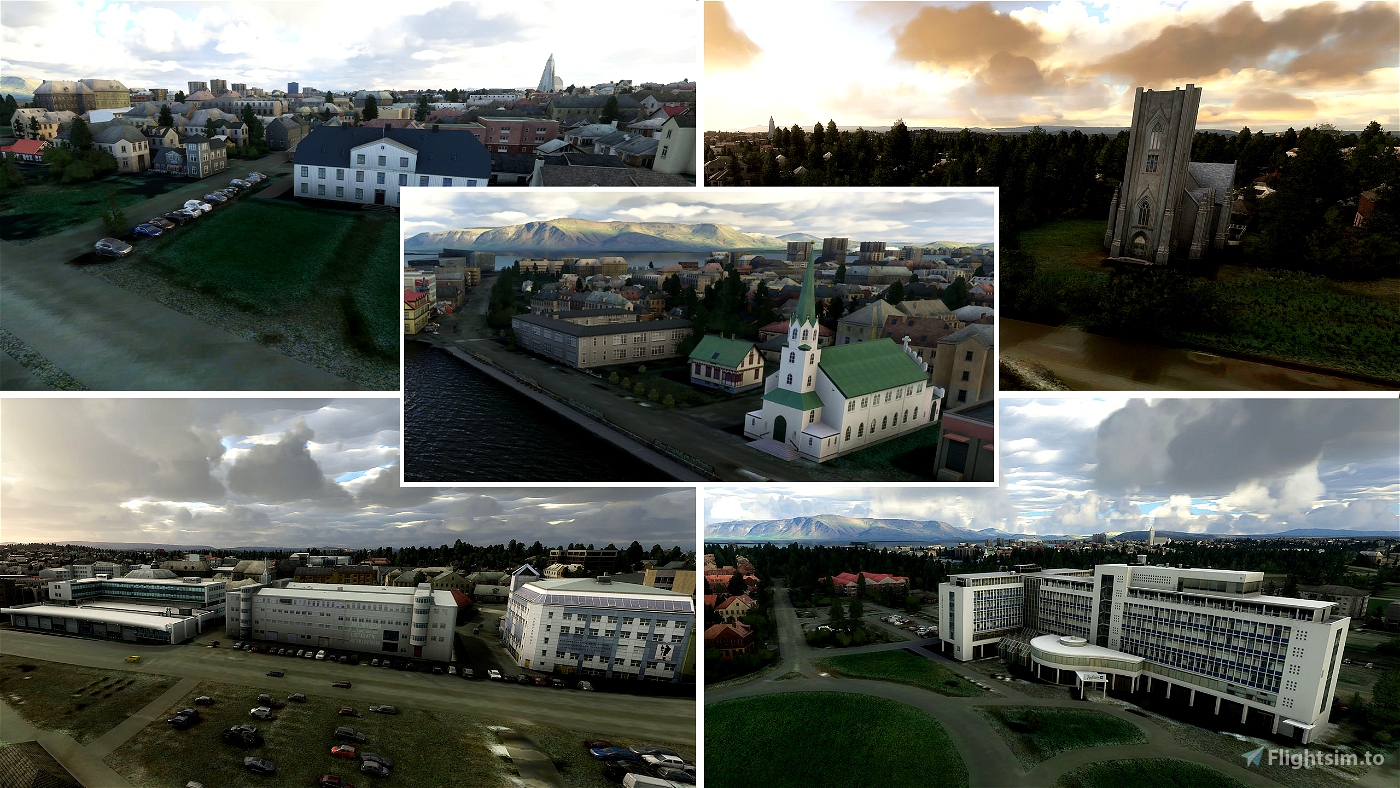 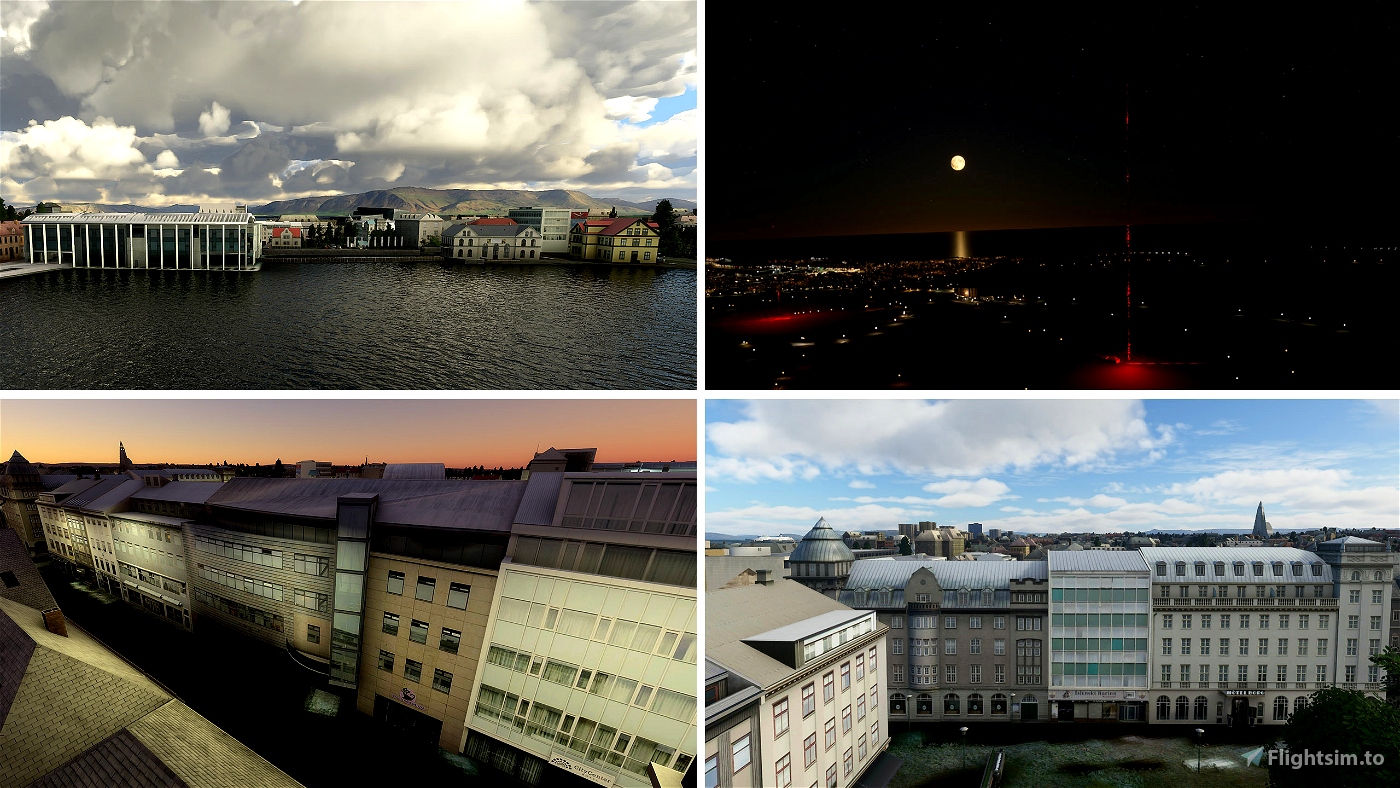 
This file has been scanned for viruses and is safe to download.
What does the Community say?

This update fixes new terrain issues around BIBF and BINF, adjusts the speed and animation of the blue whales, and adds in more objects to all coastal city ports to give them more life.

The tree coverage fixes were based on a map that shows tree coverage of the country. The structures cover iconic and VFR landmarks such as Hallgrimskirkja, Harpa, and the DC3 crash site along with many other buildings within Reykjavik and the rest of Iceland to bring it to life. There are multiple POI markers around the shores of northern Iceland where you can fly to see Orcas and Blue Whales!

To download, just extract the folder into your community folder!

All model attributions are available in the download file.

This addon by ToasterPilot adds in the missing airport(BIGR) and missing satellite imagery on Grimsey Island right off the Northern coast of Iceland: https://flightsim.to/file/6974/grimsey-airport

© Baddweapon - All rights reserved. Any reupload or redistribution of this file without the author's prior written consent is forbidden.
This Flight Simulator 2020 Mod was created by Baddweapon and shared in Scenery Enhancements » Landscape for Microsoft Flight Simulator.