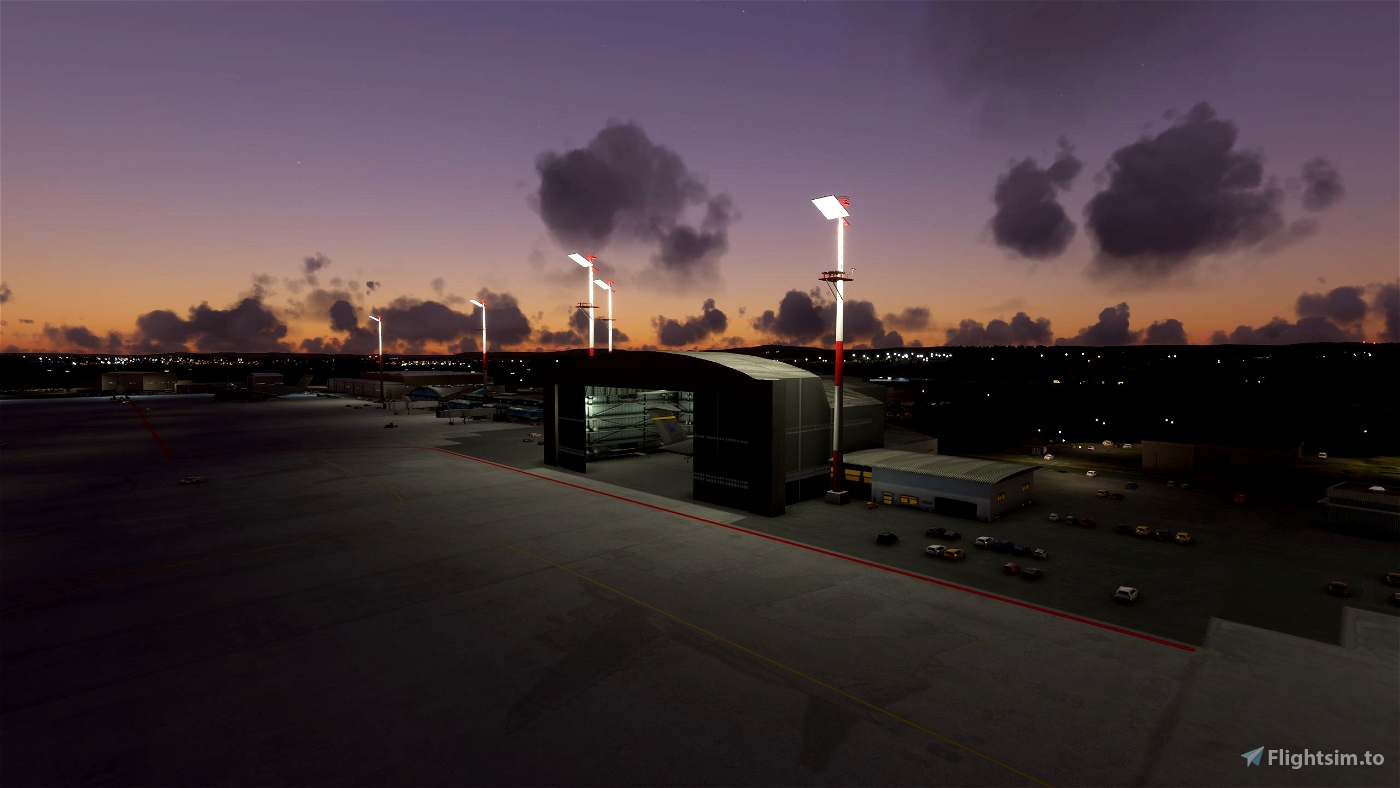 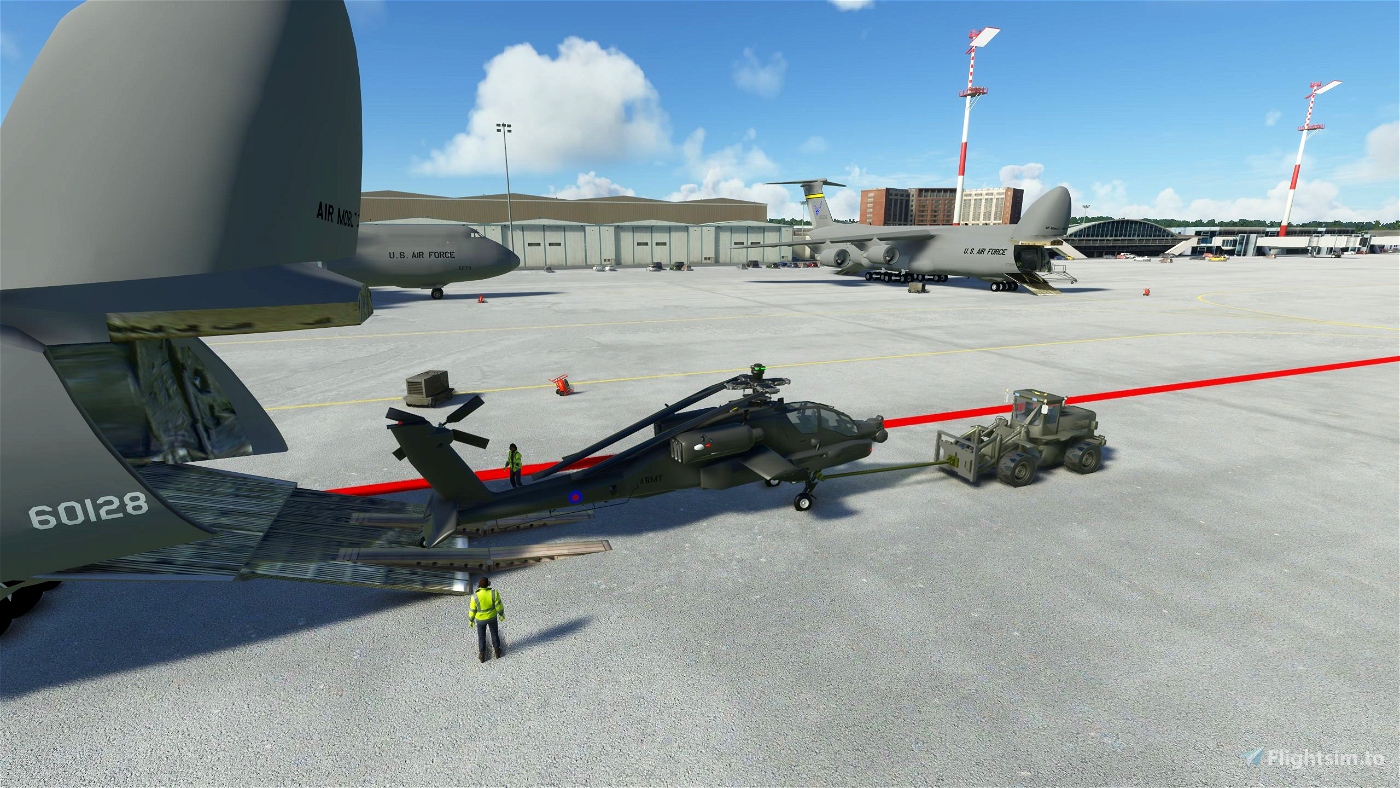 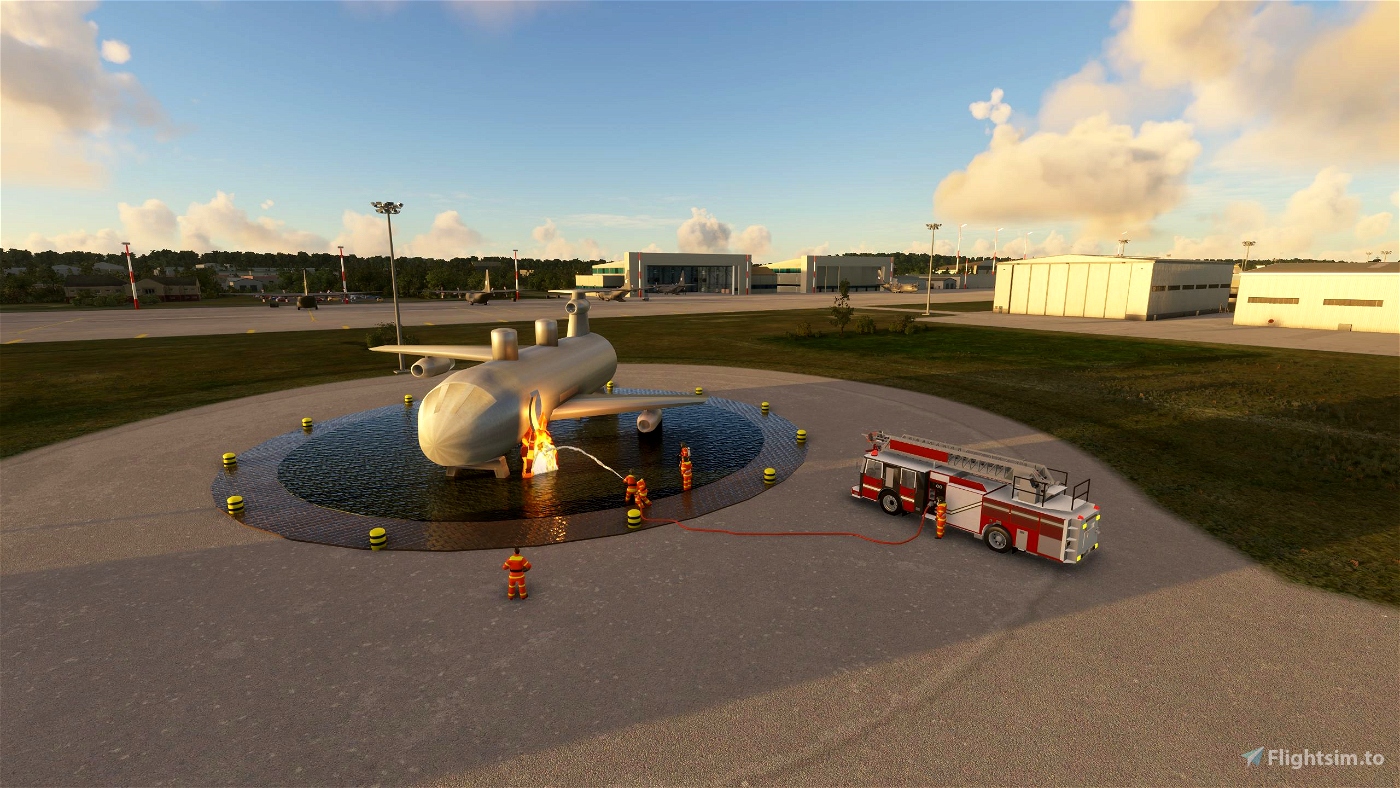 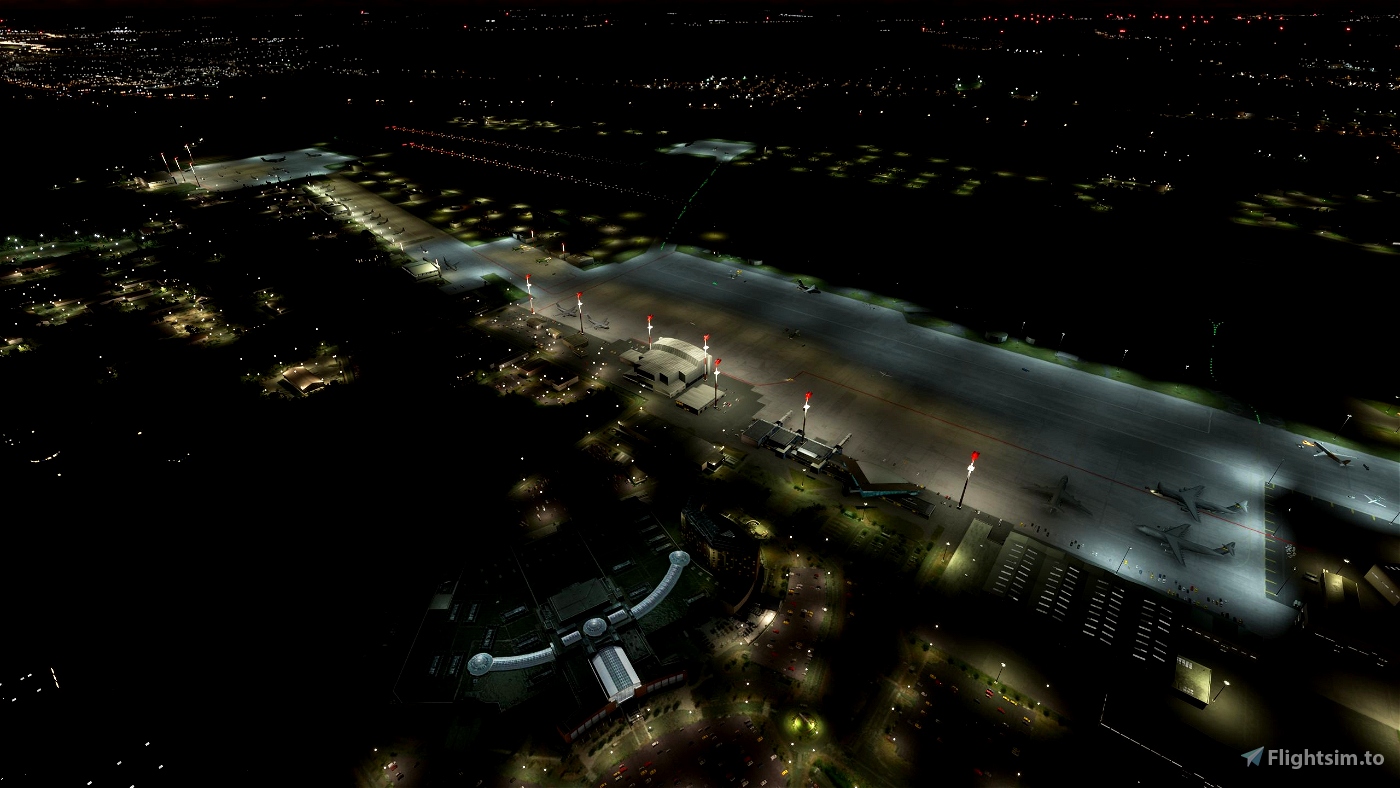 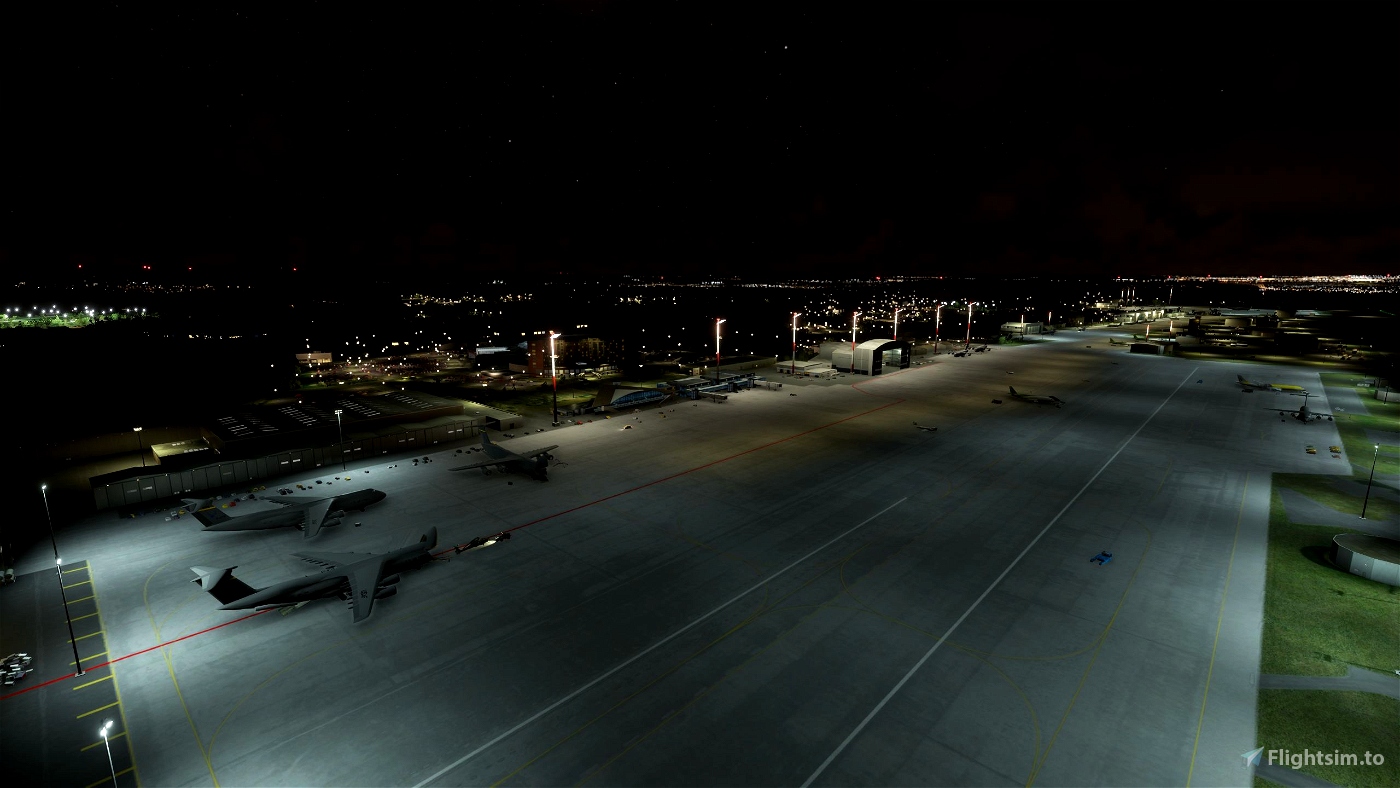 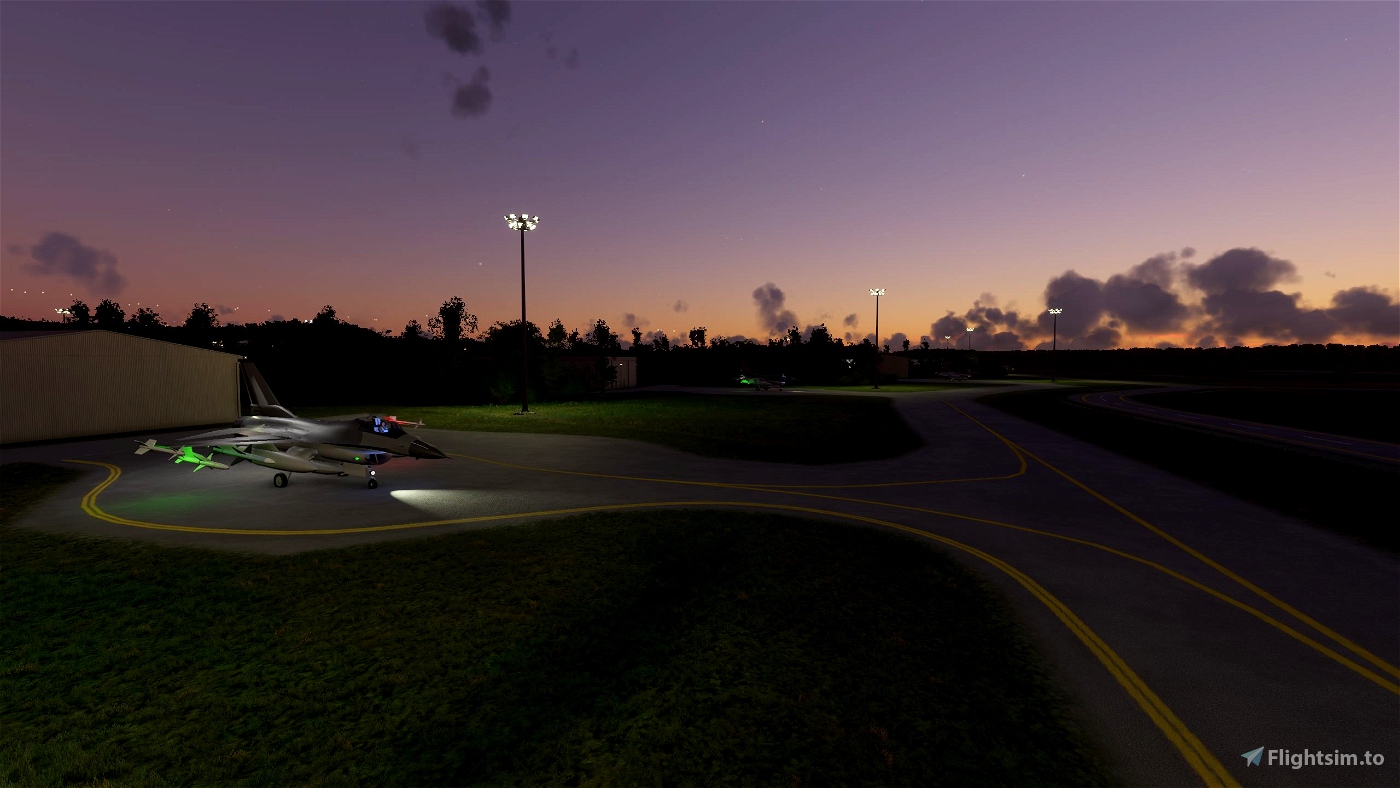 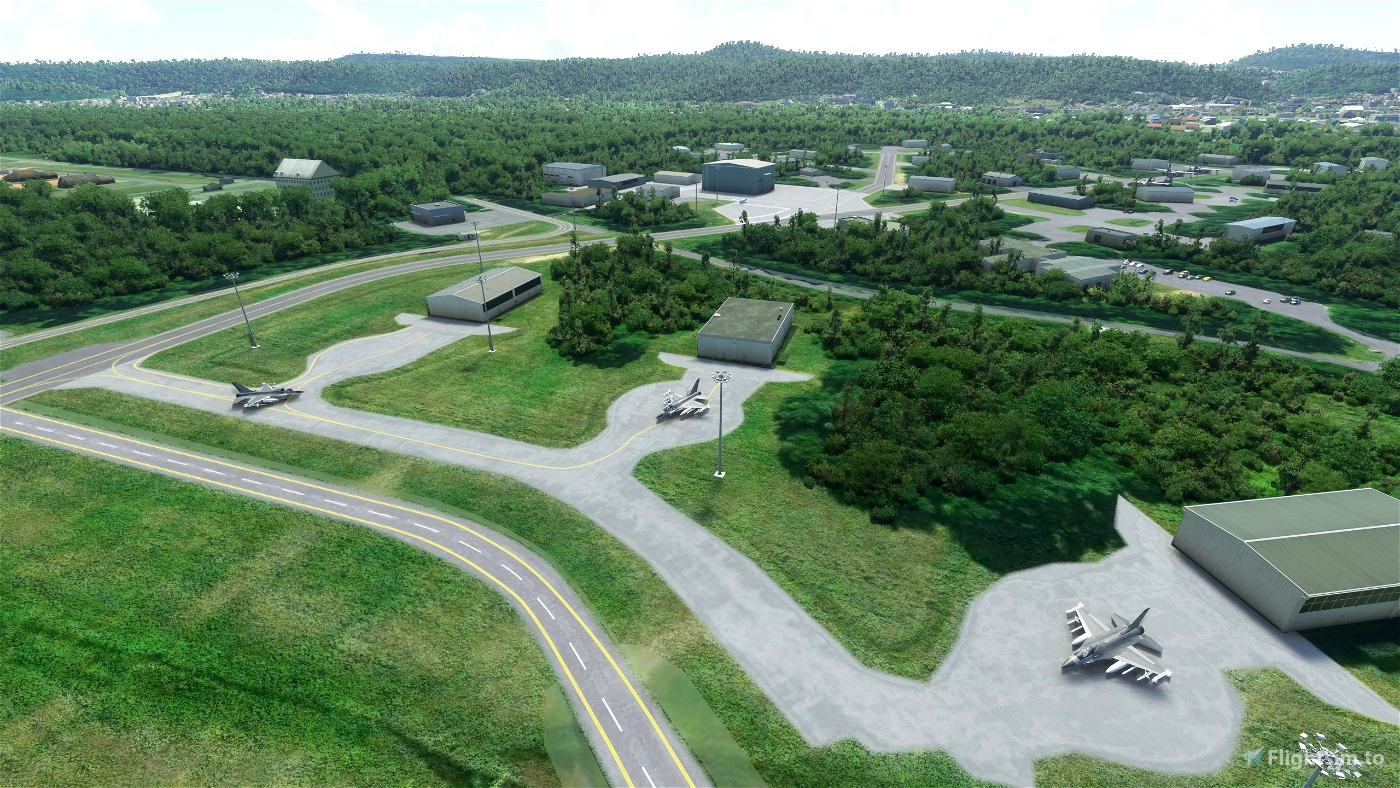 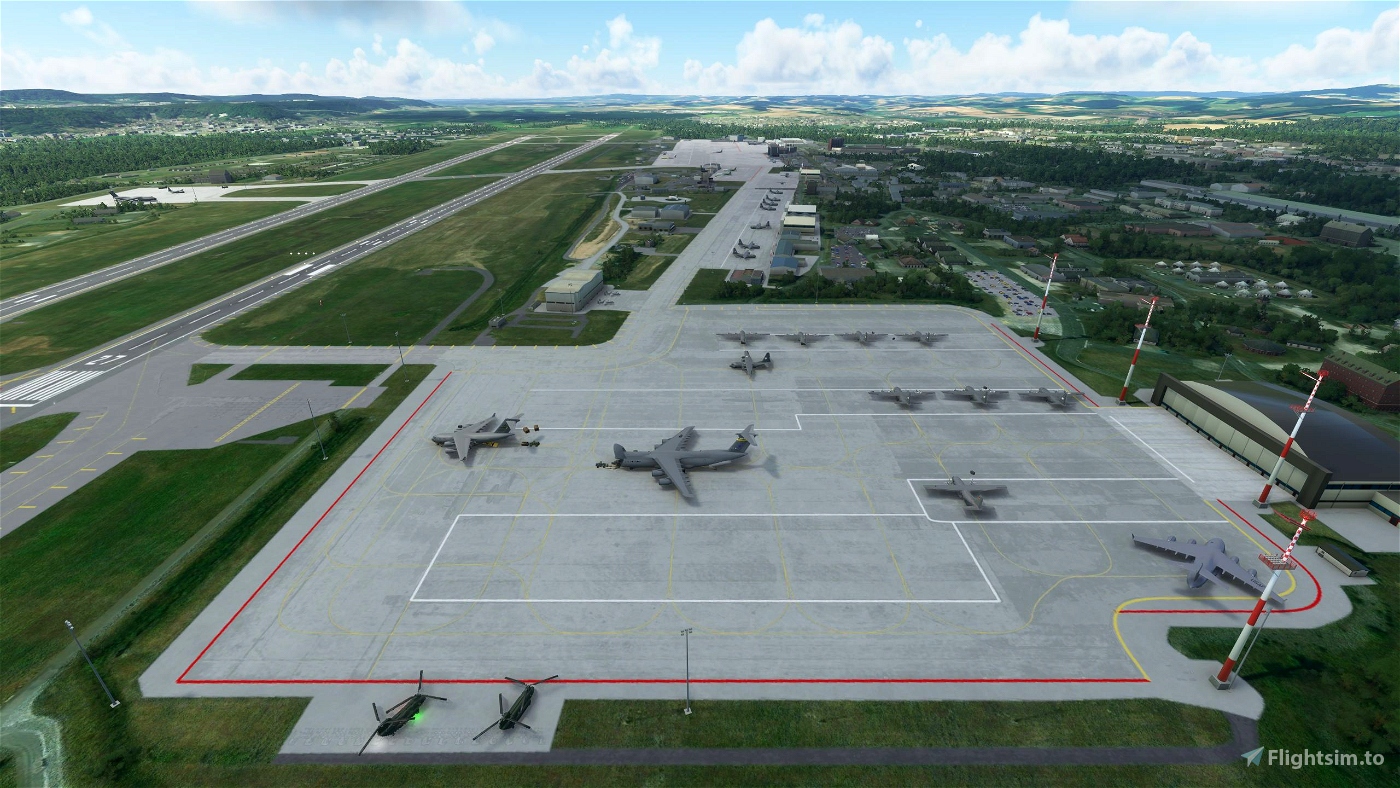 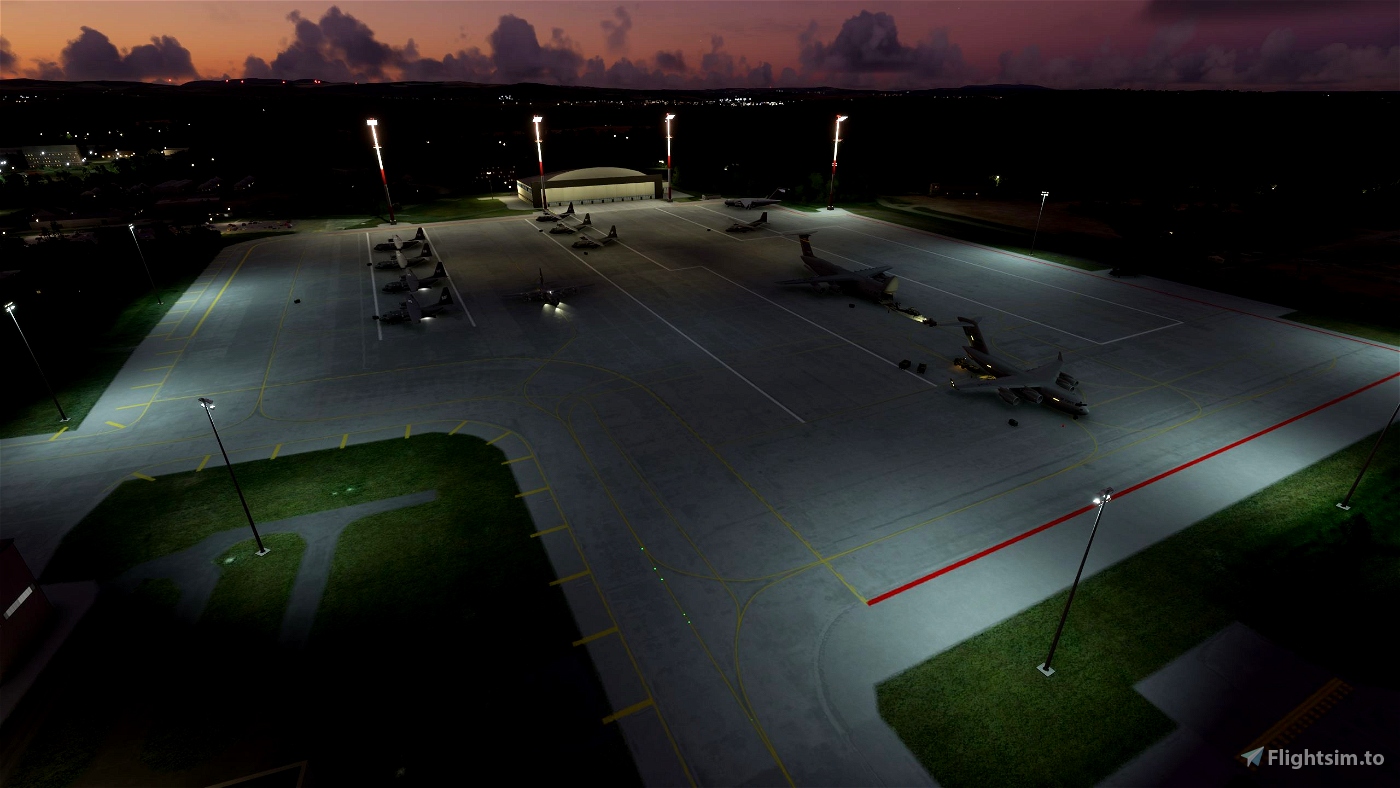 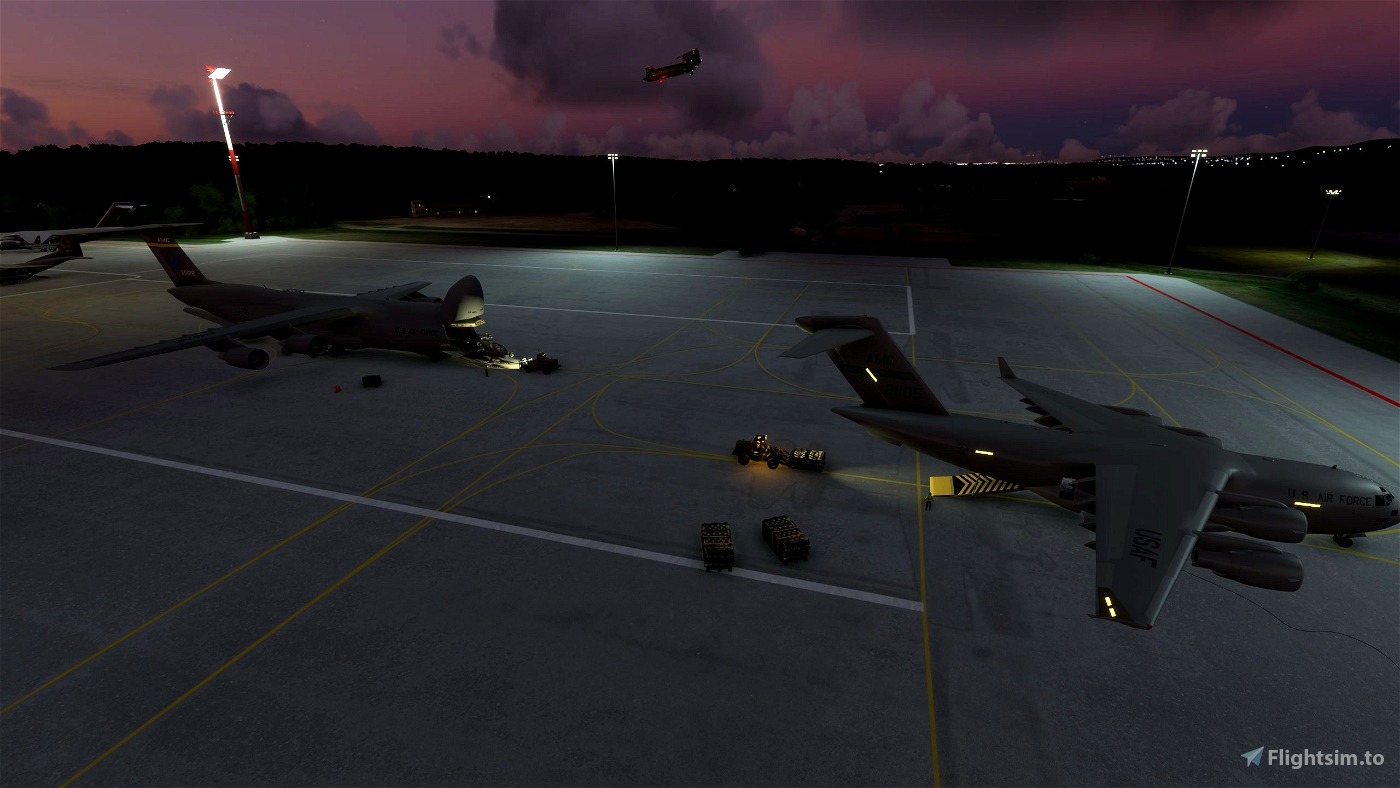 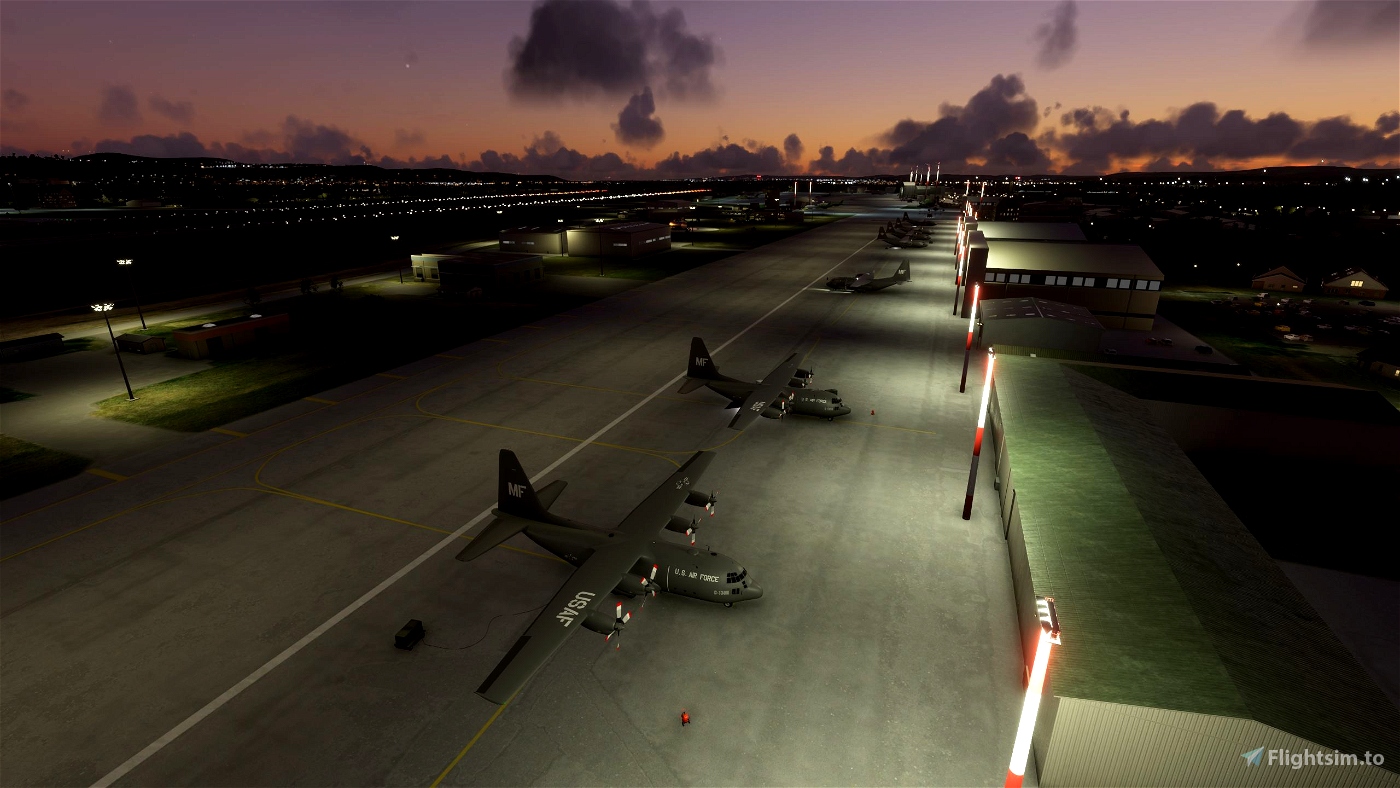 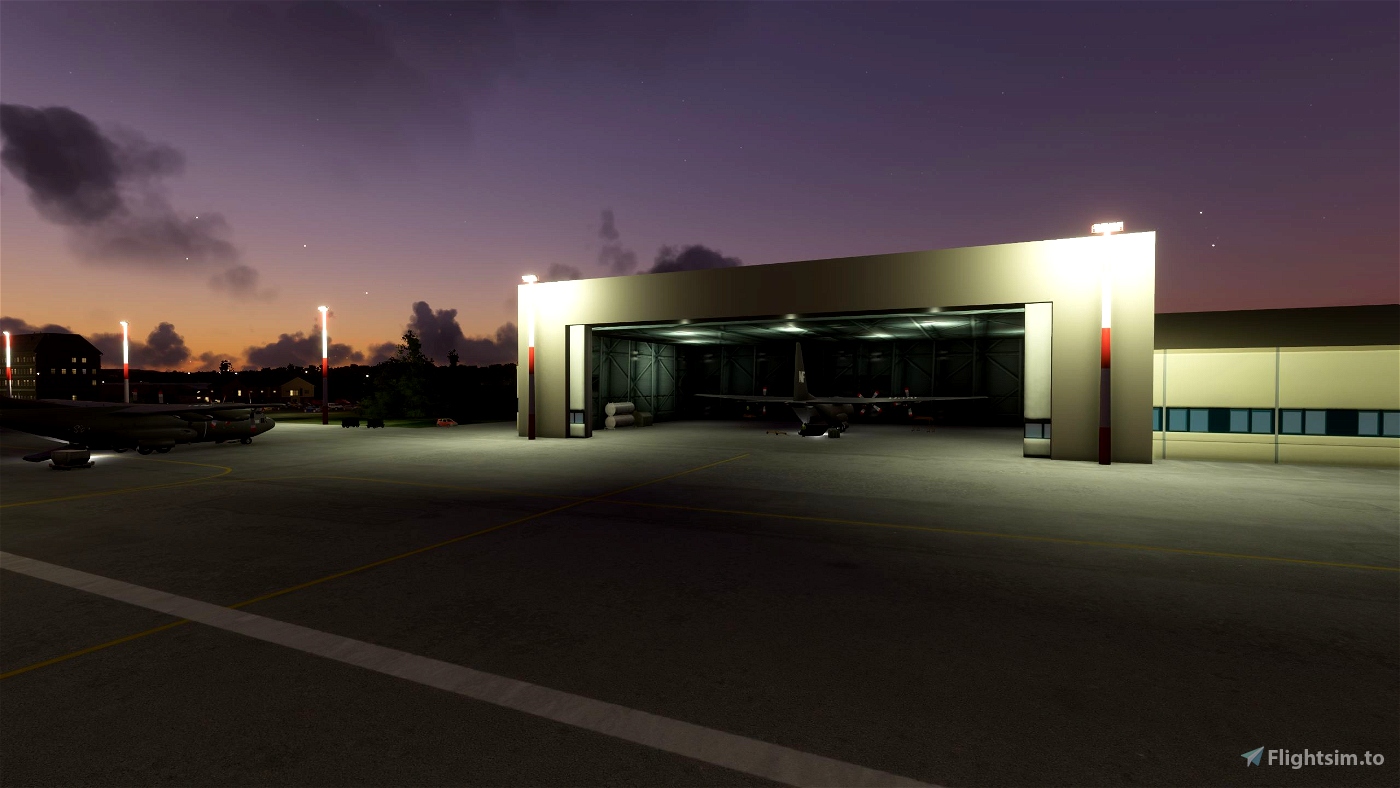 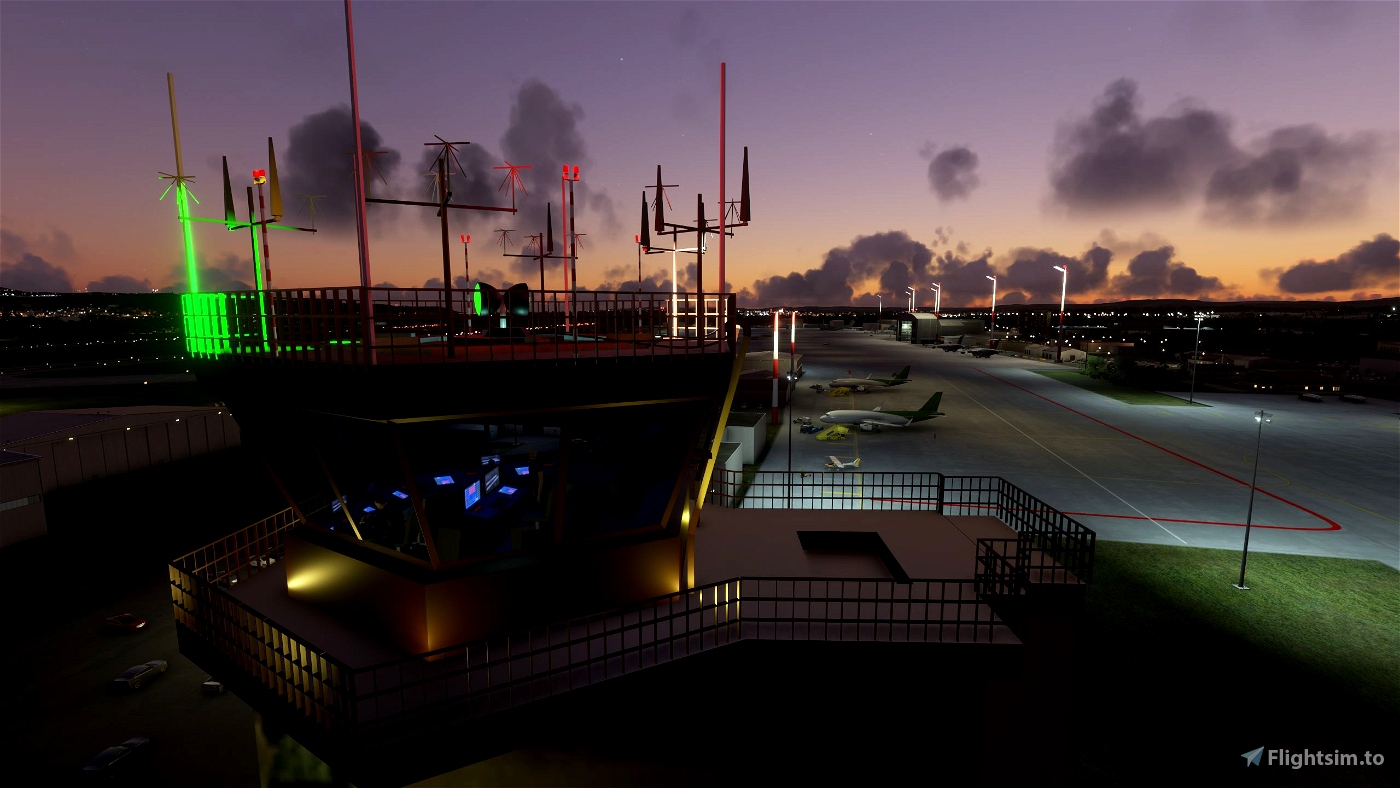 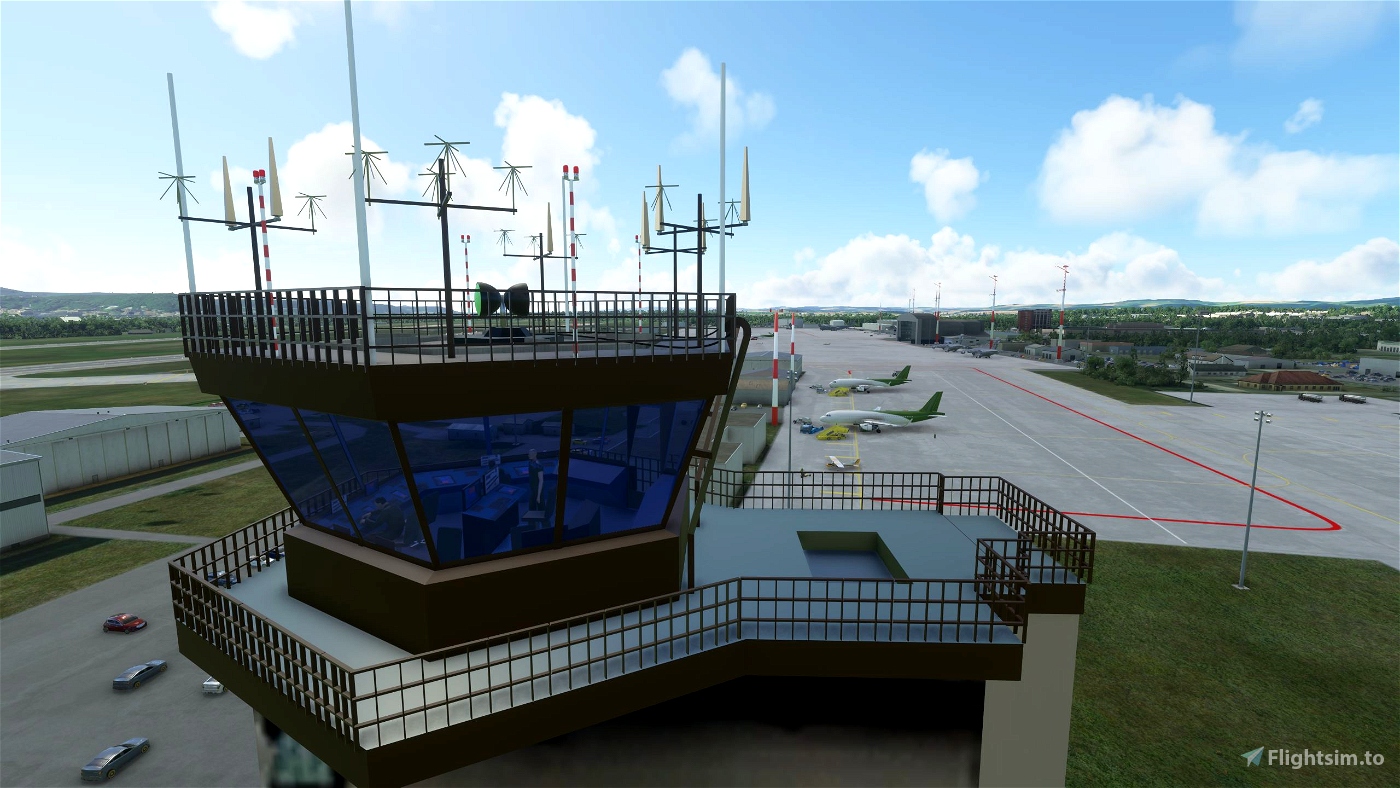 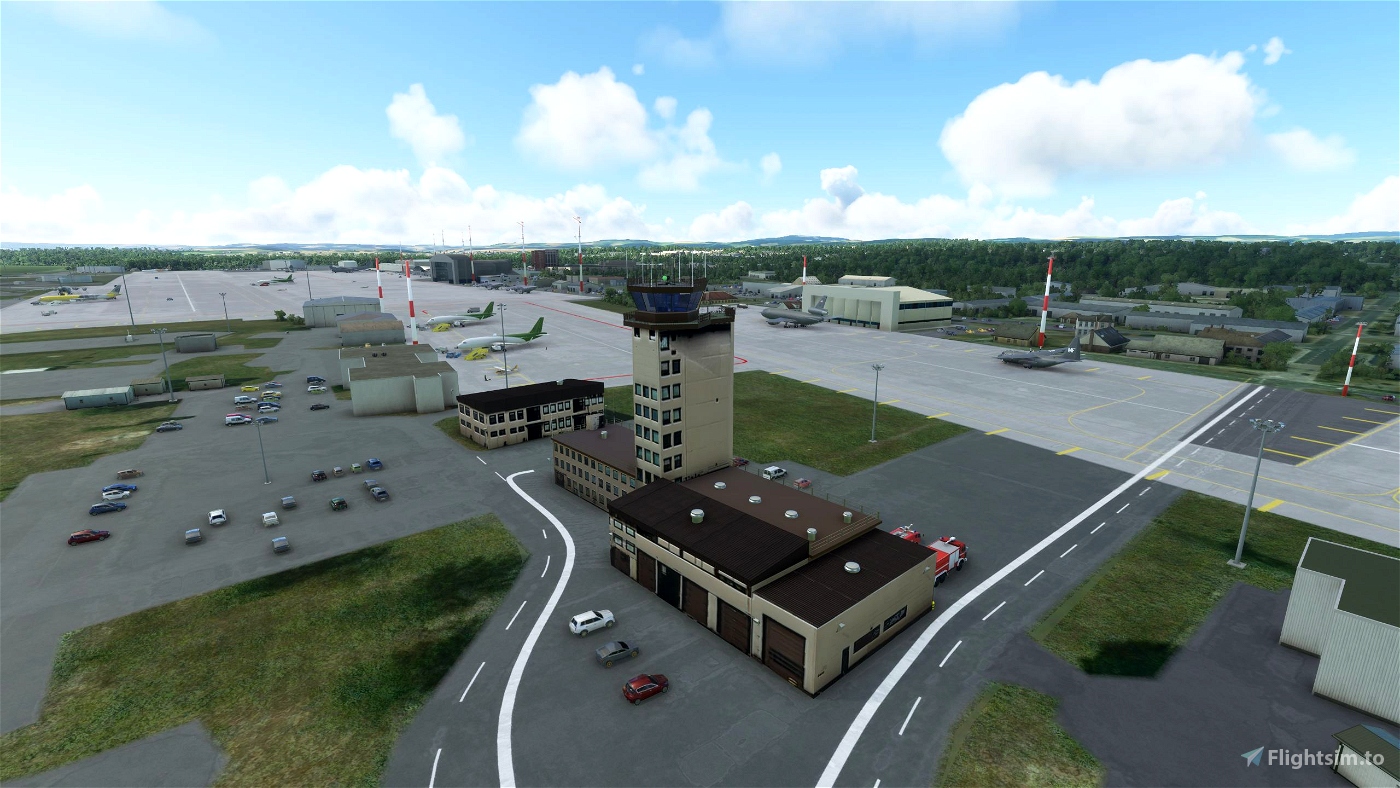 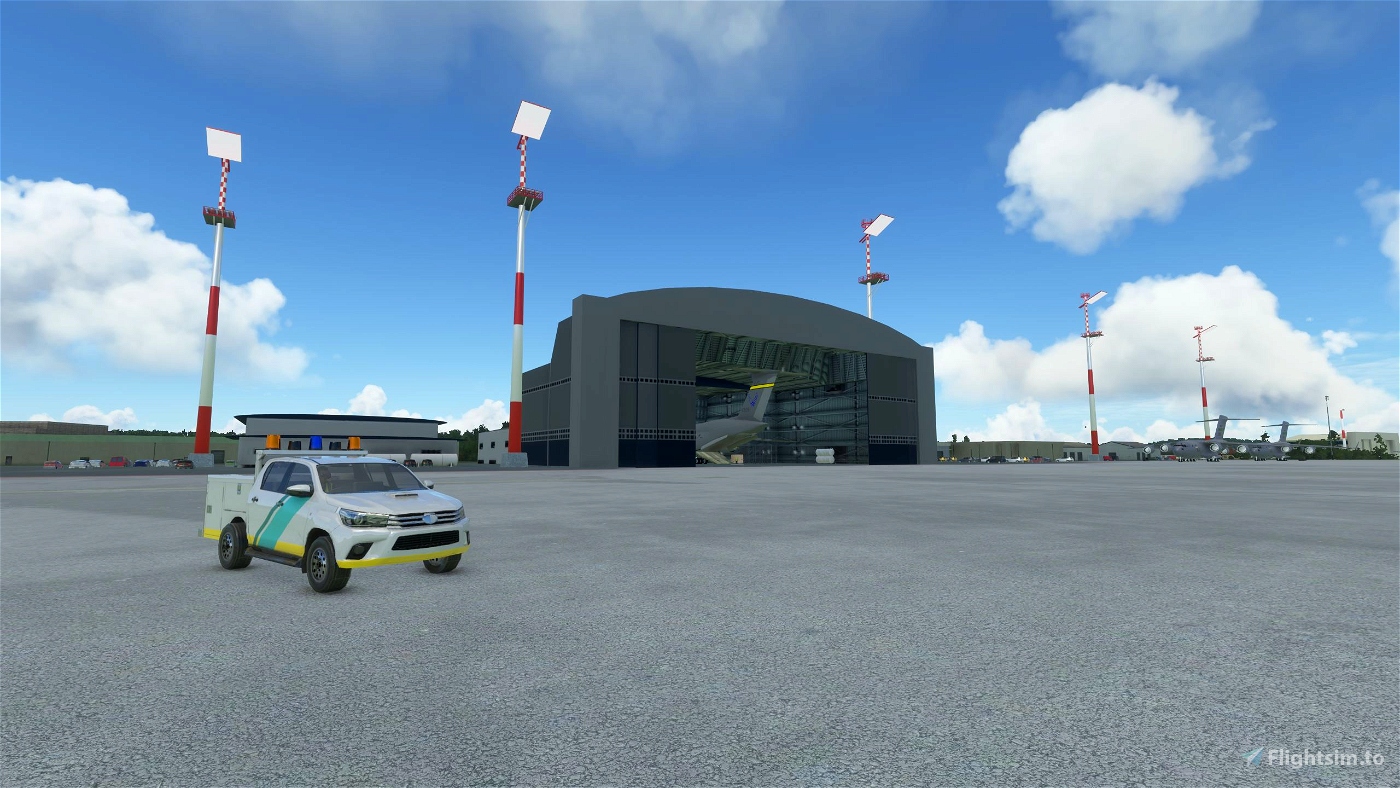 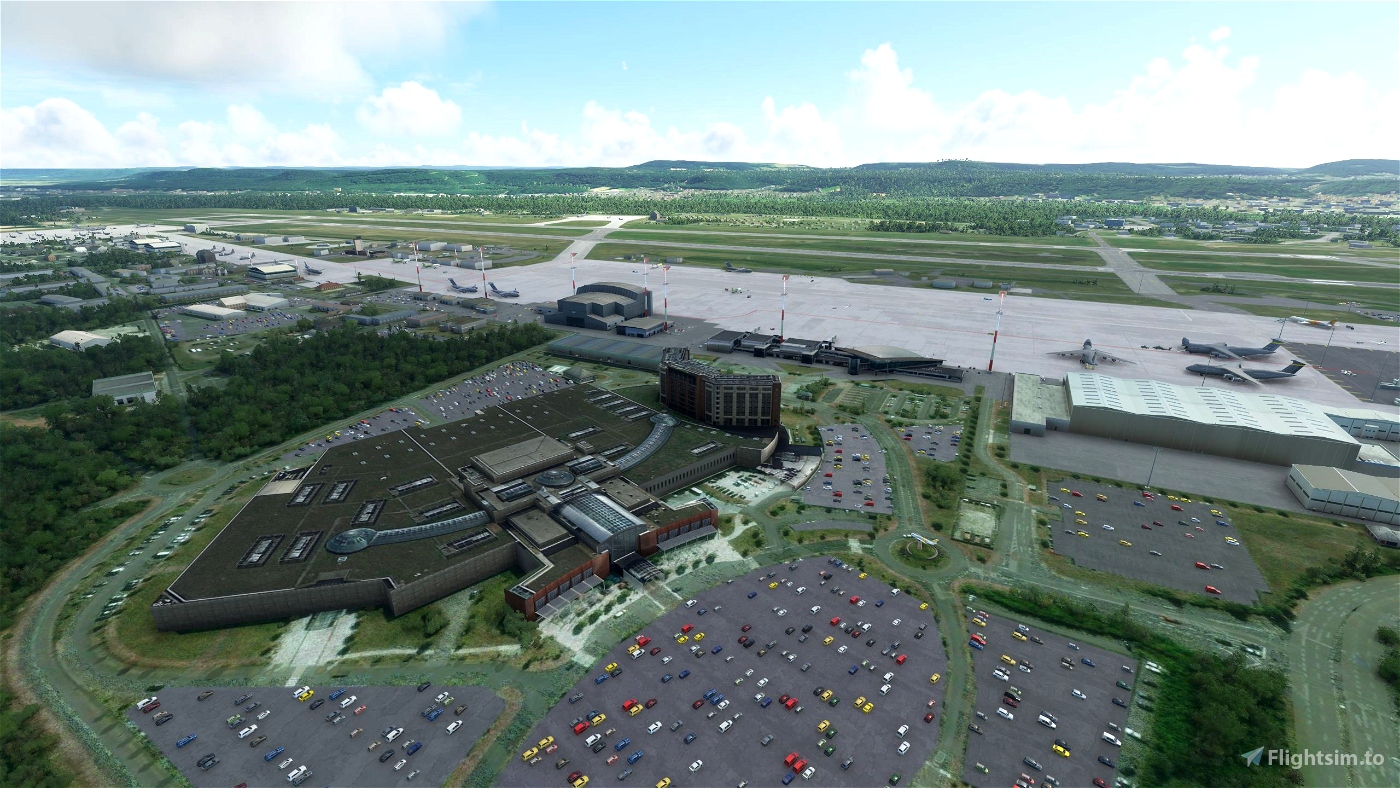 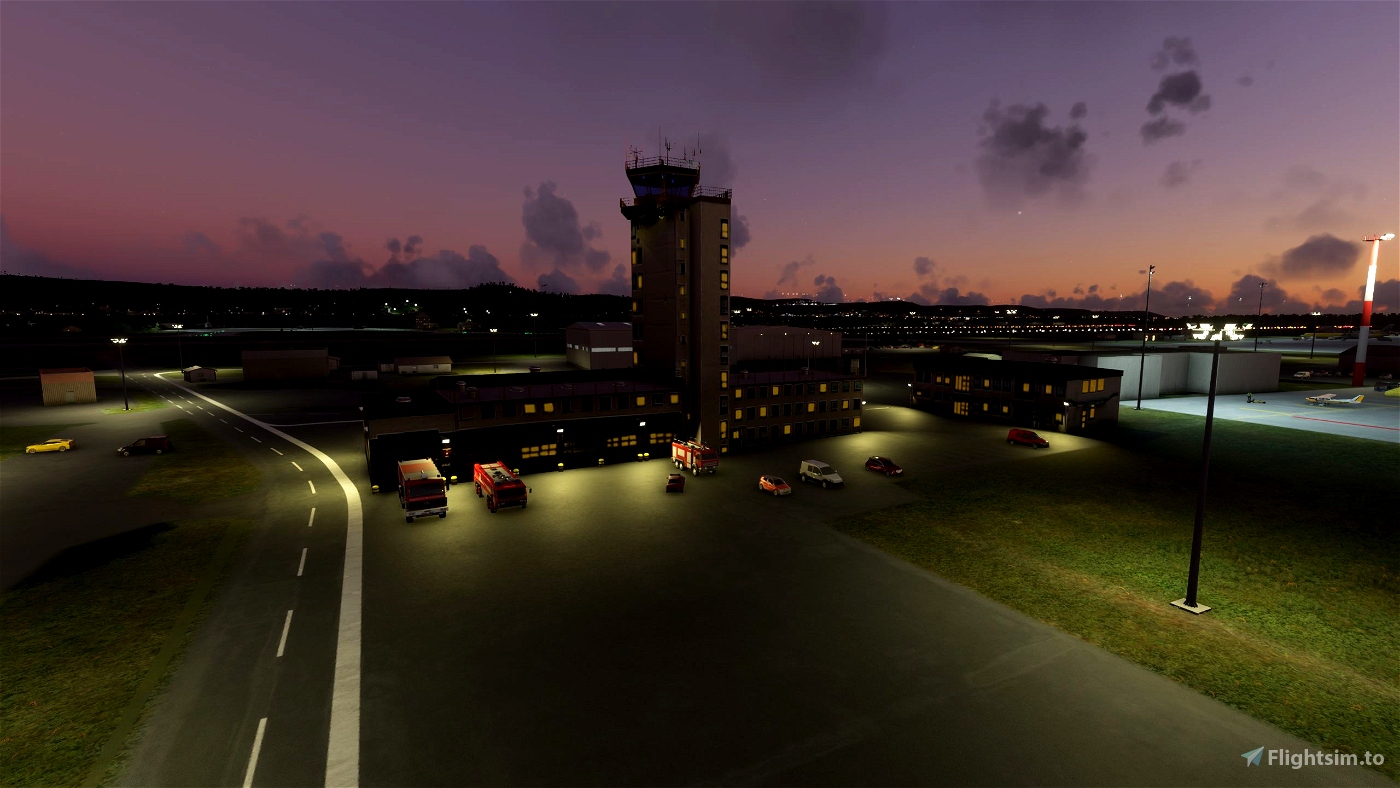 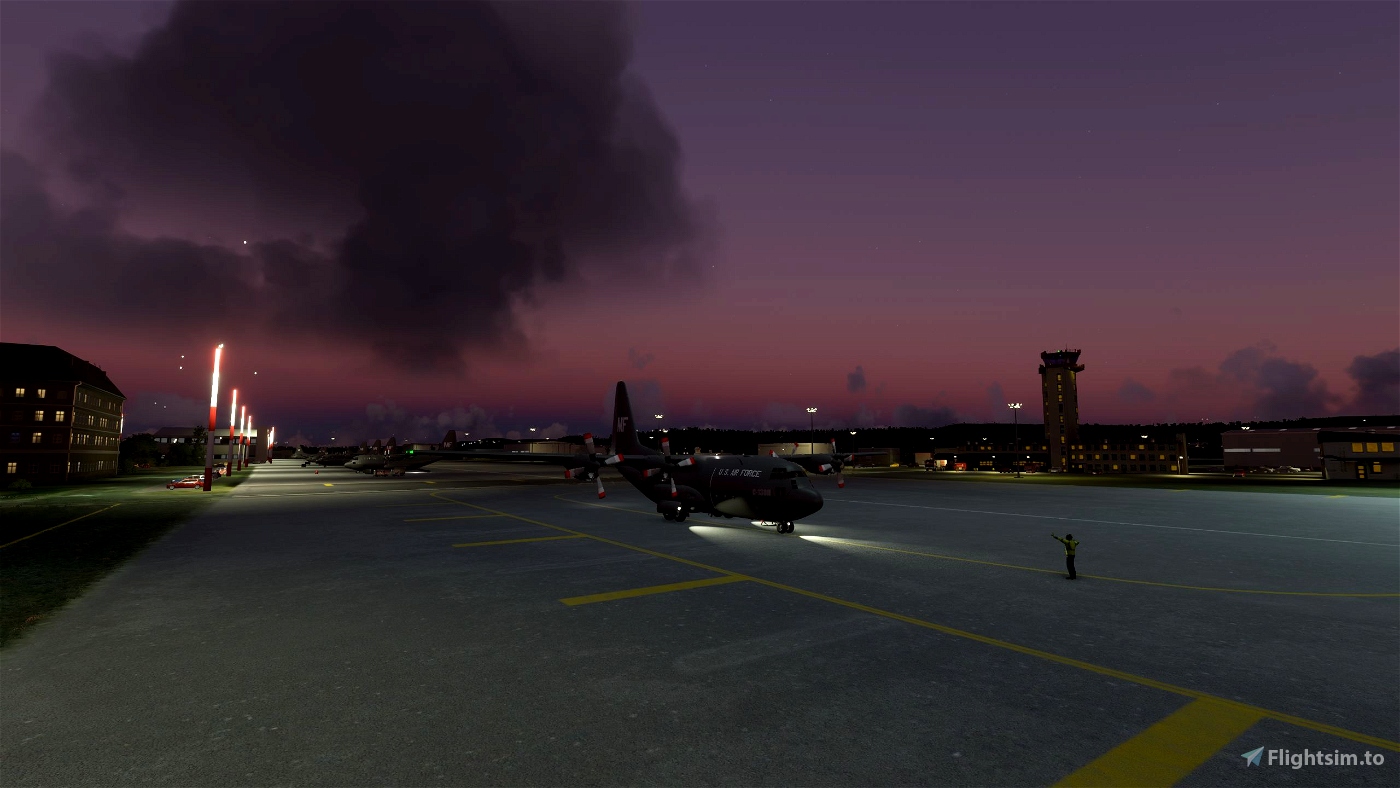 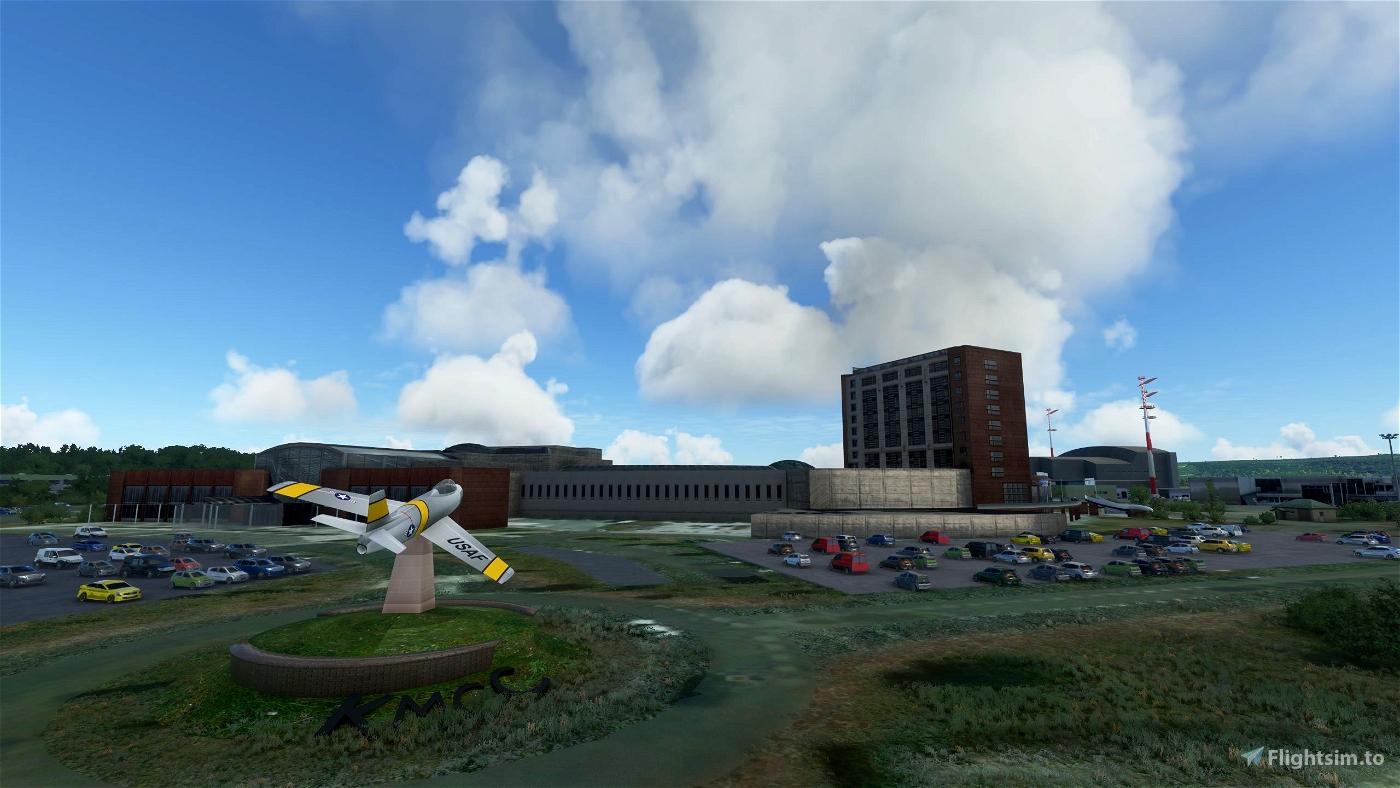 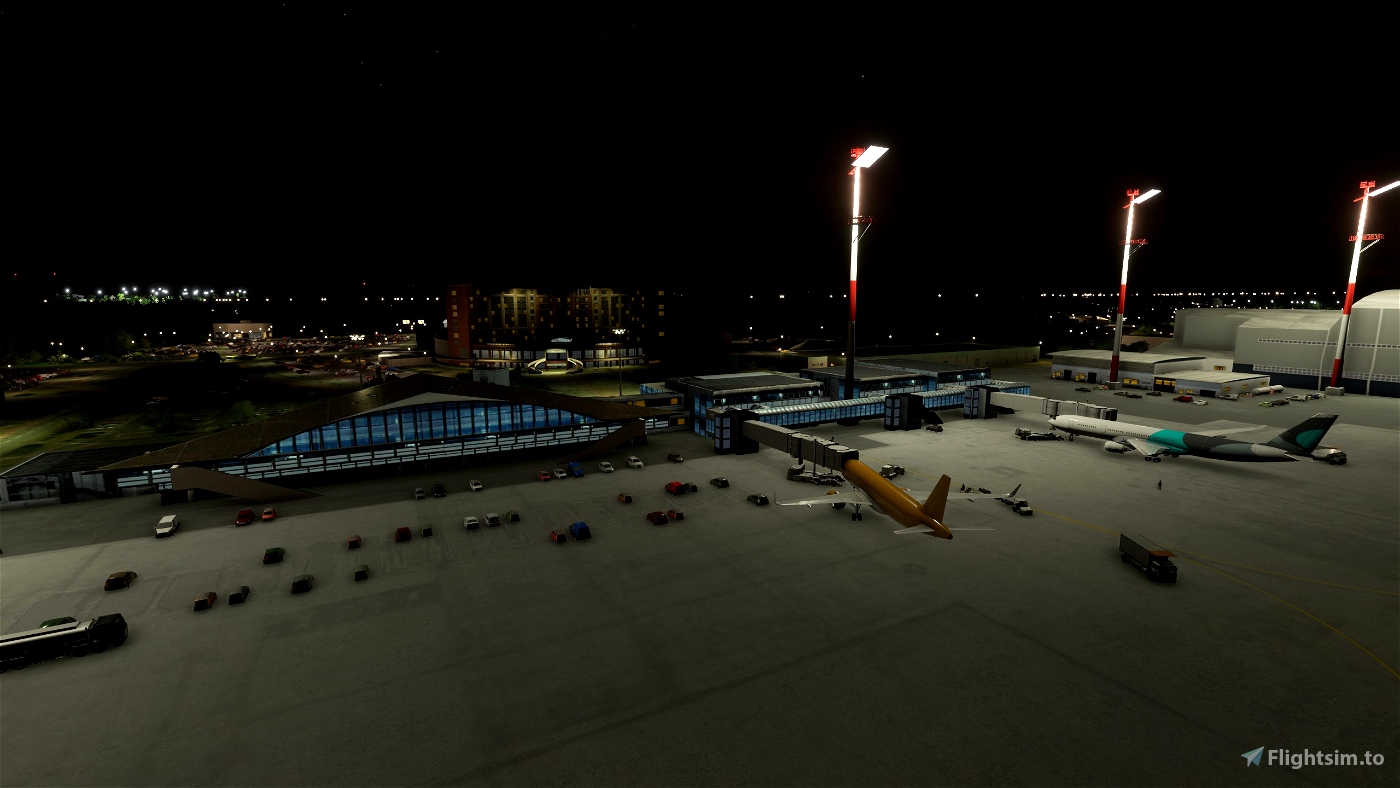 
This file has been scanned for viruses and is safe to download.

What does the Community say?

The zip-file of the new version is called "gsdovah_Ramstein-Air-Base_Static-Enhancement_v110.zip" and it includes the same two folders like described below under version 1.0.0  !

There were no changes done in the surrounding Airport Night Lights Pack - so if someone is using those surrounding night lights already, there is no need to install it again (it's anyway just optional to use, it's not needed for this Ramstein Air Base Static Enhancement).

Just copy the folder "gsdovah_RamsteinAB-Static-Enhancement" into your Community folder. If you want to make sure, that there are no leftovers from the old v1.0.1 (or v1.0.0) addon, then better delete the older version first before copying the new one !!

I've had to make some small changes to both of the packages - Static Enhancement and surrounding Airport night lights - so if you are using one or both of those packages, please download the newest zip-file and replace the old packages in the Community folder by just simply overwriting the old mod folders. Sorry for the trouble ...

This mod is mainly a static object enhancement for the American Air Force Ramstein Air Base in Germany. ICAO-Code is ETAR .

It's intention is to raise the MSFS2020 AI generated military airport to something closer looking and feeling to the real Air Force Base.

To achive this i have added different distinctive buildings, military airplanes and a few small technical gadgets.

The distinctive added buildings are:

The added military aircraft are:

As an extra i've included a few circulating animations to have some static objects appear more alive and busy, such as a rotating beacon light on the top of the ATC Tower, forklifts moving cargo or an Apache Helicopter from Galaxy C-5 and Globemaster Transporters, some animations for Hercules C130s , F16-Falcon, Fairchild Thunderbolt and Chinook Helicopters. Even a little animation for the tiredless fire department guys while being at their training site. (I've planned to add sound to some of the animations, but no luck to get it working, yet, sorry ... ).

The folder "gsdovah_RamsteinAB-Static-Enhancement" is, like the name tells, this Static Enhancement. Just drop this folder into the Community folder of your MSFS2020 installation - done.

The explanation for the included second folder - important note:

If you still have my older mod called "Ramstein AFB Germany Night Lighting Enhancement and selection of surrounding airports" installed (community folder name is "ramsteinafb-germany-lights"), then you have to delete this mod before using this Ramstein AB Enhancement, because the lights used in there had to be repositioned, replaced or deleted, to fit the new lighting system of this scenery. The lighting won't be fitting no more and most likely being a lighting overkill and not looking and working good anymore alltogether !!

So this second folder "gsdovah_surrounding-airport-lights-without-RamsteinAB" can be used by those MSFS users, who would like to keep the lighting enhancement of the surrounding airports, but without the old Ramstein AB night light enhancement !

So whoever wants to use those night lights, just copy this folder to the Community folder, done !

Here i want to say thank you very much to the very creative people at 3D Warehouse and give all the credits to their talent and their base 3D models, that i've used in this mod, which are:

The following objects listed were created by myself:

<<< No original MSFS2020 aircraft parking spot got harmed during this mod creation, they are all existing and being well  ;-) >>>

These users have donated to gsdovah to keep him making awesome add-ons everyone can enjoy.

Upload Permission
You are not allowed to upload this file to other sites under any circumstances.

Modification Permission
You must get permission from me first before you are allowed to modify or improve my file.

Conversion Permission
You are not allowed to convert this file under any circumstances.

Asset Use Permission
You must get permission from me first before you are allowed to use assets of my file.

Amazing scenery! I loved it, great work! I used to be stationed there, it was just amazing to see it all again.

Thank you - nice to hear, that you can recognize it again

Wow! Superb scenery and amazing work on the animations! Love the base is coming alive!

1 month(s) ago
This is the first airport I installed. Very real scene! Thank you for your work.

1 month(s) ago
The best freeware scenery ever! Great job! Thank you very much
Should have 50 Stars

1 month(s) ago
Awesome work!
Back in 2006 i was guarding the main gate for about 2 weeks in my military service. It was the best part of the journey 😀

1 month(s) ago
This is perfect! I was looking for Air Force Base, thank you!

1 month(s) ago
Change log needs additions to it, so we can see what is new in the updates?

In the changelog the version numbers are listed - the changes are described in my description text right at the start of the text ...

😁OK, most other uploaders use the change log to describe the changes which is a good thing as before long your description will be too long to read?
Still a great airport though 😊

Okay - i'm not that familiar with using the changelog - i have to take a look, how this works - thx for the hint ! ...

1 month(s) ago
Hi, by chance, What is the Airport Code? Love the scenery by the way.

It was okay to ask - i've just added the ICAO right after this question - i really forgot to include the info in the text and title ... my mistake 😉

1 month(s) ago
What a piece of art!!! Thanks a lot for bringing this AFB to live. It´s an amazing work. Would wish we´ve had something similar for Nellis AFB 😊

1 month(s) ago
Wish I could give this 10 stars😊
Shining example on what all addon mods for airports, should be like....
Would love to see a flyable Herc into this game and that would make my day 😊

1 month(s) ago
Superb job...payware quality. Extra nice touch with the open-bay C-5a in the hanger. Obviously a lot of hard work went into this...thank you for sharing.

1 month(s) ago
What you have done here is fantastic. Have you considered working your magig on RAF Brize Norton and Mildenhall in the uk

1 month(s) ago
You did an amazing job on this airport. Outstanding....I have flown into Ramstein AB many times over my Air Force career in the C-141 and C-5. Thanks for the work, much appreciated.

Wow, Starlifter and Galaxy - i remember those Starlifters, before they were sent into pension - starting and landing here in Ramstein - their engine sounds were definitely unique - same goes for the Galaxys - i don't even have to see those aircrafts, i just know them by their engine sounds 😏😊

1 month(s) ago
Incredible! It's amazing What you and your team have done. I've been there for a month 40 years ago, and I'm not lost at all. This is a great work and I want to thank you for that.
Superbe travail et un grand MERCI pour le temps passé sur cet add-on.

Nice to hear, that you like this scenery - thank you ! 40 years ago, that's quite some time 😊

1 month(s) ago
Brilliant work, all the models and the amazing animations. Thanks very much! More than five stars. 😃

Thx - my focus for this scenery was mainly on military aircraft, i know (and can see myself, living near Ramstein) that there are other transport airplanes come in to land here - but i'll keep it in mind for a possible future update 😏

Thank you, would be nice.

1 month(s) ago
Very good work. I love the details and the Chinook flying around =)
Only one thing bothers me...a little too much planes on the ground. Anyway...its definitely a 5 !

© gsdovah - All rights reserved. Any reupload or redistribution of this file without the author's prior written consent is forbidden.
This Flight Simulator 2020 Mod was created by gsdovah and shared in Scenery Enhancements » Intl. Airports for Microsoft Flight Simulator.